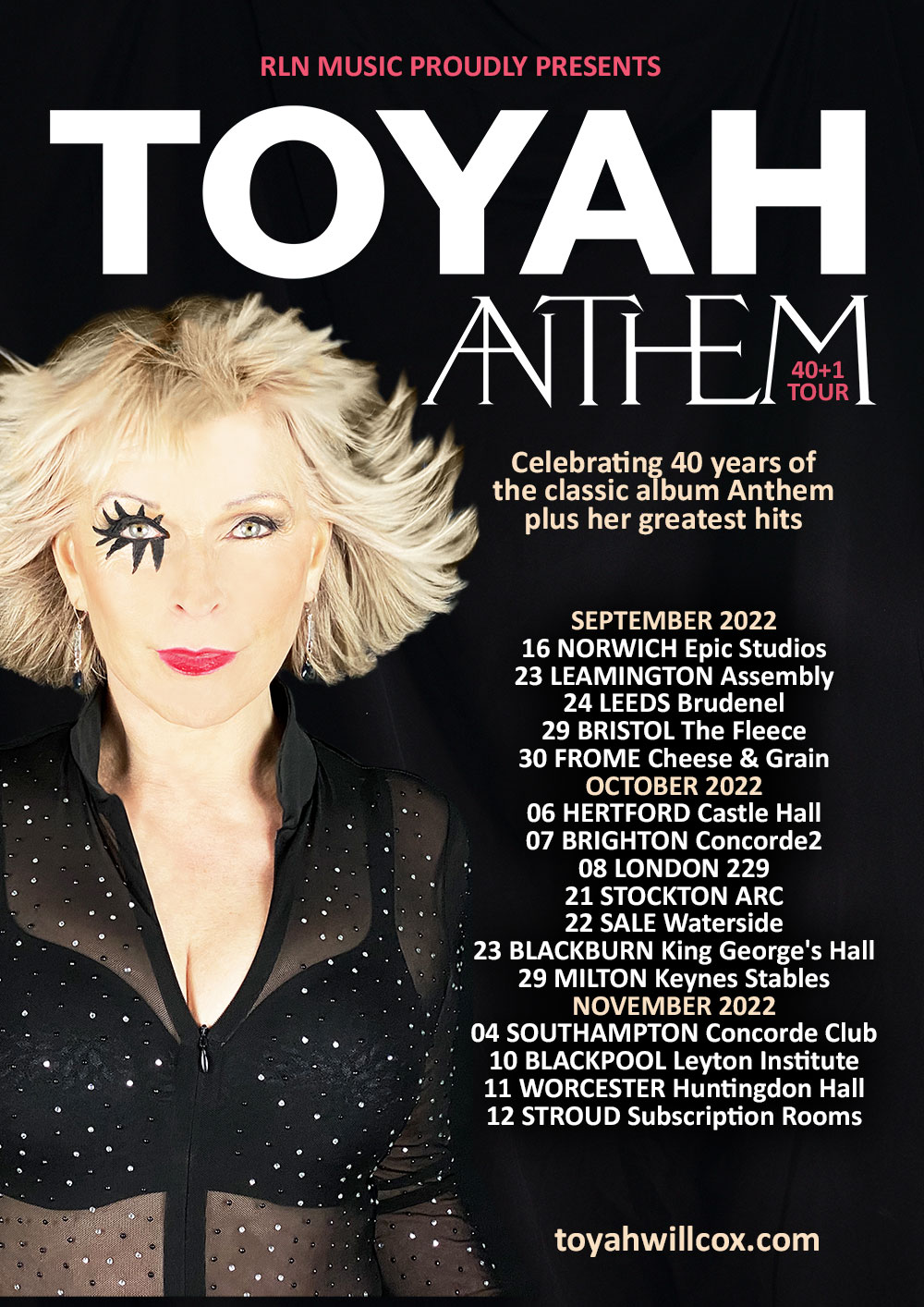 Following her 2021 Top 25 charting album “Posh Pop” and over 80 million worldwide YouTube views for her weekly Sunday Lunch videos with Robert Fripp, national music legend and true icon Toyah is back on the road in autumn 2022.