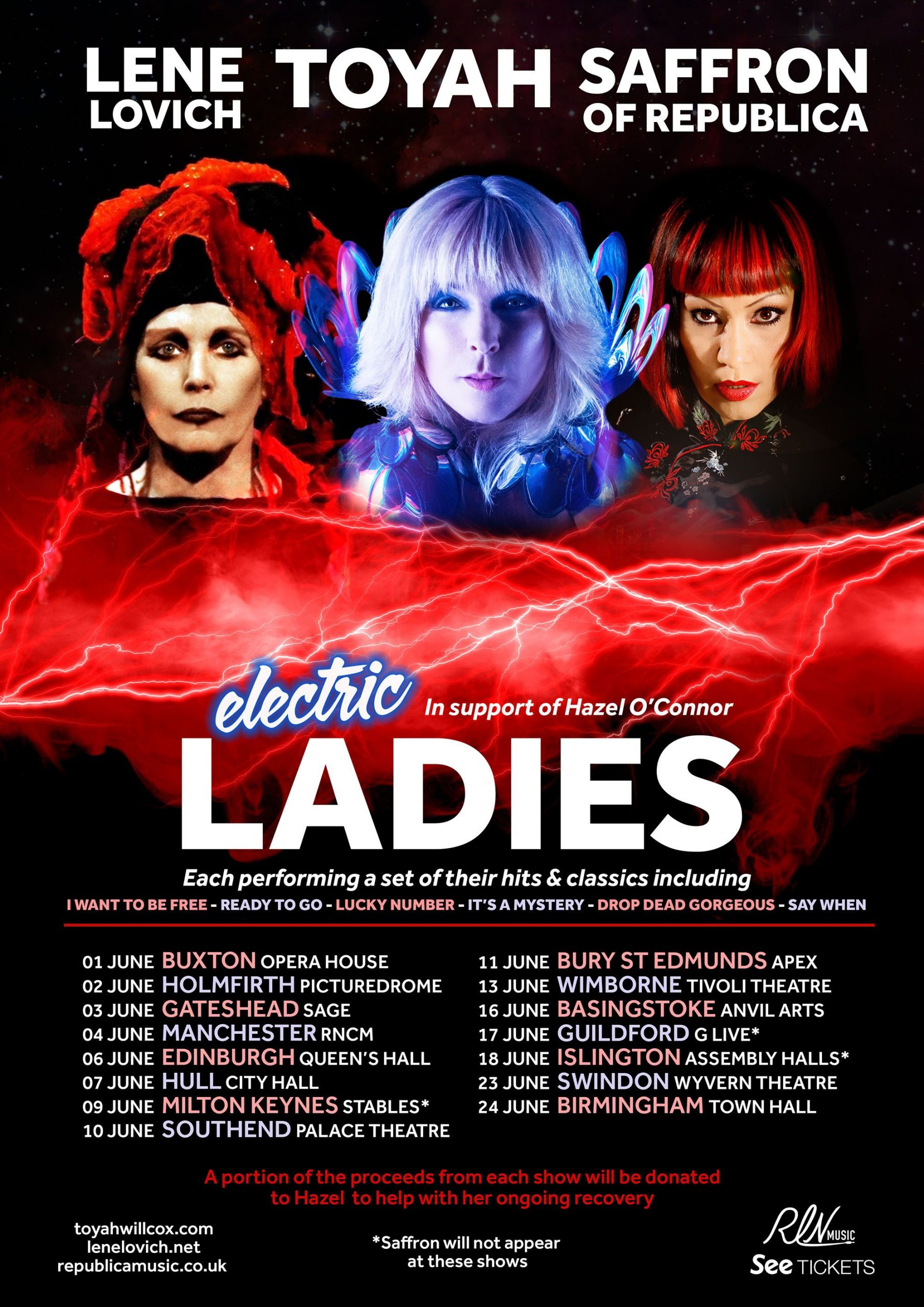 In support of Hazel O’Connor, the Electric Ladies tour will be going ahead with Toyah, Lene Lovich and Saffron of Republica.

Unfortunately, due to ongoing health issues, Hazel is unable to join the Electric Ladies tour, but she will be very much with them in spirit. Some of Hazel’s songs will be performed and a portion of the income from each show will going directly to Hazel to help towards her ongoing recovery.

Toyah is one of the most recognisable faces in UK pop culture, releasing 30 albums and clocking up an impressive 10 hit singles and 8 hit albums including the gold selling Anthem and her recent 2021 Top 20 charting hit album Posh Pop.

She will be joined on this special tour by New-Wave pioneer Lene Lovich and 90s indie rock chick Saffron from Republica.

Lene Lovich is one of the pioneers of the new wave and post-punk scene, breaking into charts across the world with hits like Lucky Number, Bird Song and New Toy.

Saffron fronts the electro-pop/rock band Republica who scored huge worldwide hits with Ready To Go and Drop Dead Gorgeous. Saffron has also collaborated with The Prodigy, The Cure and Jah Wobble.

Performing alongside their full band, each artist will perform their own set alongside some unique collaborations. This hit-packed retro fest will include such classics as Thunder In The Mountains, Will You, Lucky Number, Ready To Go, Say When, Drop Dead Gorgeous and It’s A Mystery.

* Saffron will not be performing at these dates