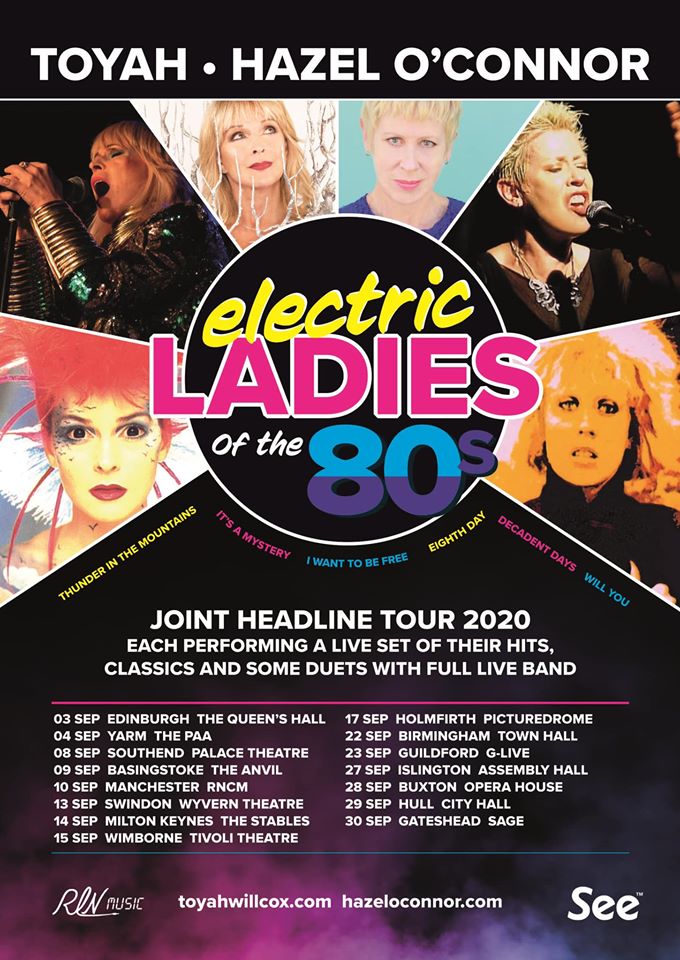 Due to the coronavirus outbreak the April tour has had to be postponed as venues are on shutdown for the health and safety of the public and staff. We can now confirm the rescheduled tour dates for September 2020.

PLEASE NOTE: We ask you NOT to contact venues, or SEE Tickets at the moment as they will make contact with ticket holders in due course to explain the way forward. ALL Tickets remain valid for the new dates. Refunds are available if needed, but we ask if possible for the sake of the venues and their long term financial security, you hold on to tickets and not request a refund if possible. THANK YOU.

Post-punk and New Wave artists Toyah and Hazel O’Connor join forces to bring you their exciting new tour, Electric Ladies of the 80s.