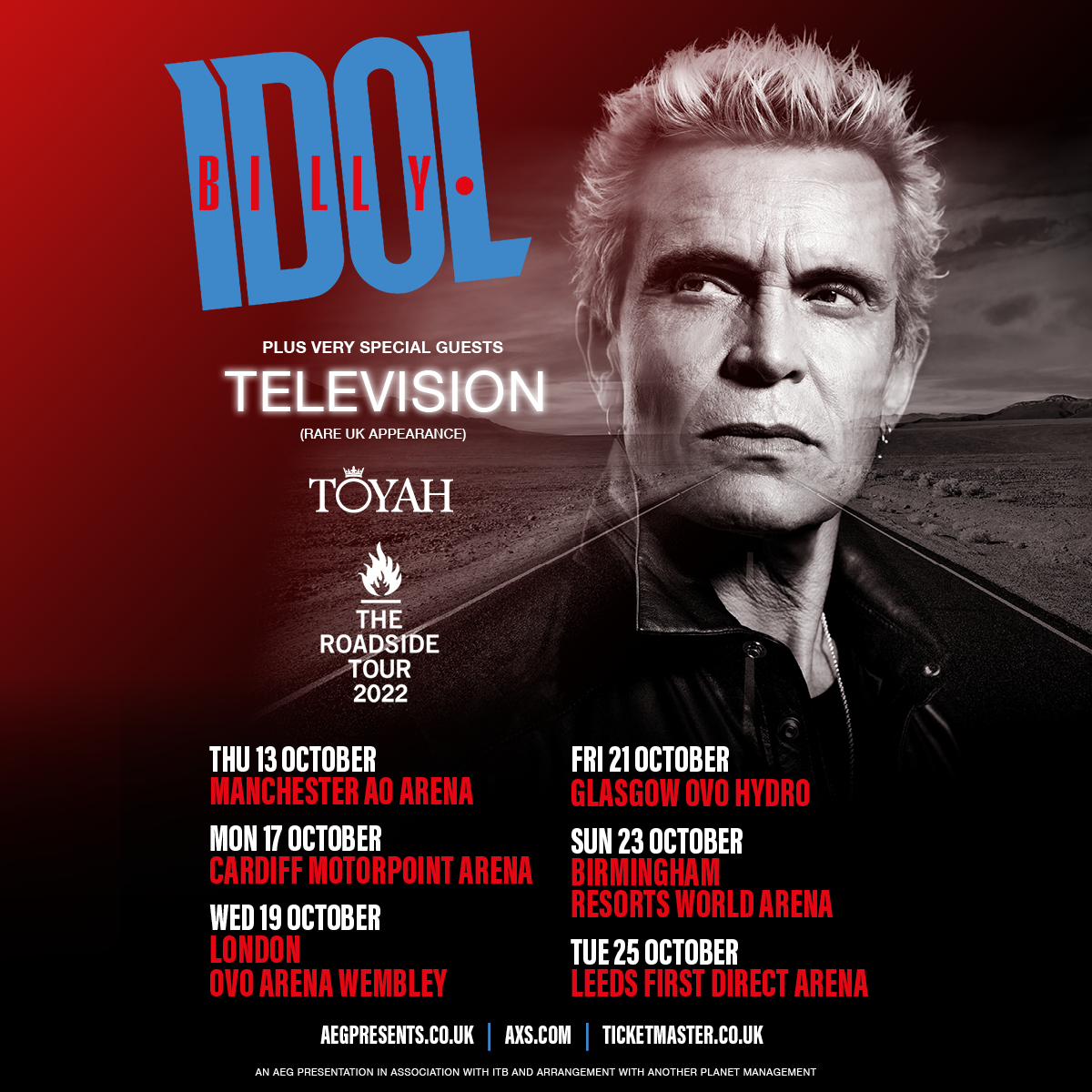 Billy Idol is delighted to announce that Toyah will be joining his UK live dates this October on The Roadside Tour 2022, alongside very special guests, Television.

Billy will be heading out with some new music and a stack of timeless classics for his first appearances in the UK since 2018 and will play 6 Arena dates.

The ever-popular Toyah will bring an extra sense of fun to the tour. Alongside a flourishing acting career, Toyah carved out a successful musical career in the late 1970s, scoring three top ten UK hit singles and a further five top 40 hits in the 1980s.