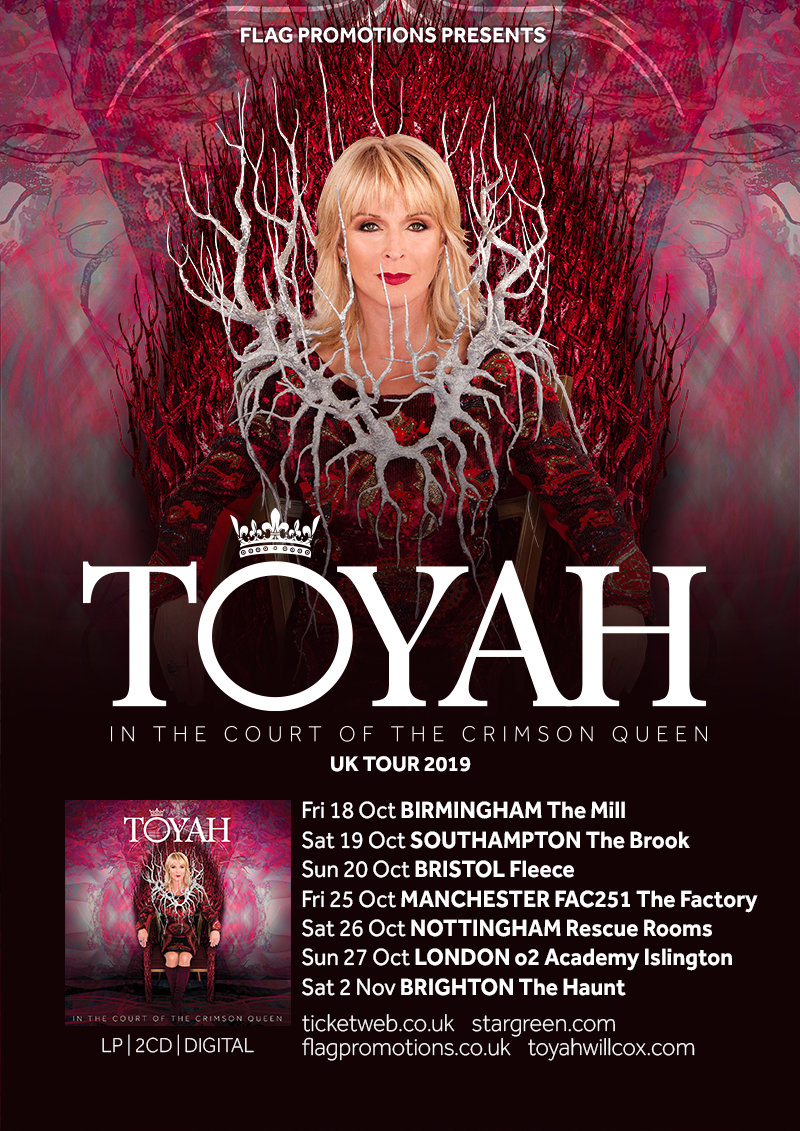 Toyah’s autumn 2019 tour will see her celebrate and perform material from her newly re-imagined double album In The Court Of The Crimson Queen, released by Edsel Records on 12 April 2019.  The album, written and arranged by Toyah Willcox and Simon Darlow, presents a collection of finely honed songcraft, killer hooks and brings together two lifetimes of performing, writing and producing music.