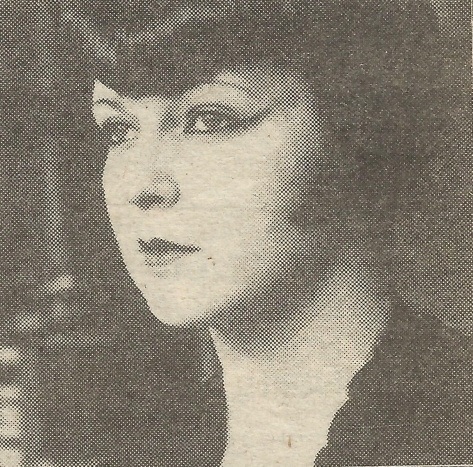 Glitter starred Toyah in the lead role of Sue who had dreams of appearing on Top Of The Pops with the band Bilbo Baggins. Toyah also performed two songs in the play singing vocals on two songs which have over the years have become known as “Floating Free” and “Heartbreaker”.

Repeat broadcasts have never been scheduled on television although clips of the performance were shown on Toyah’s appearance on BBC 1’s This Is Your Life and more recently in the programme The Story of 1976.

The programme has also been shown on cinema screens as part of curated events and festivals. On 28 February 2006 it was screened at Barbican as part of the series Pop Fiction selected by Saint Etienne. 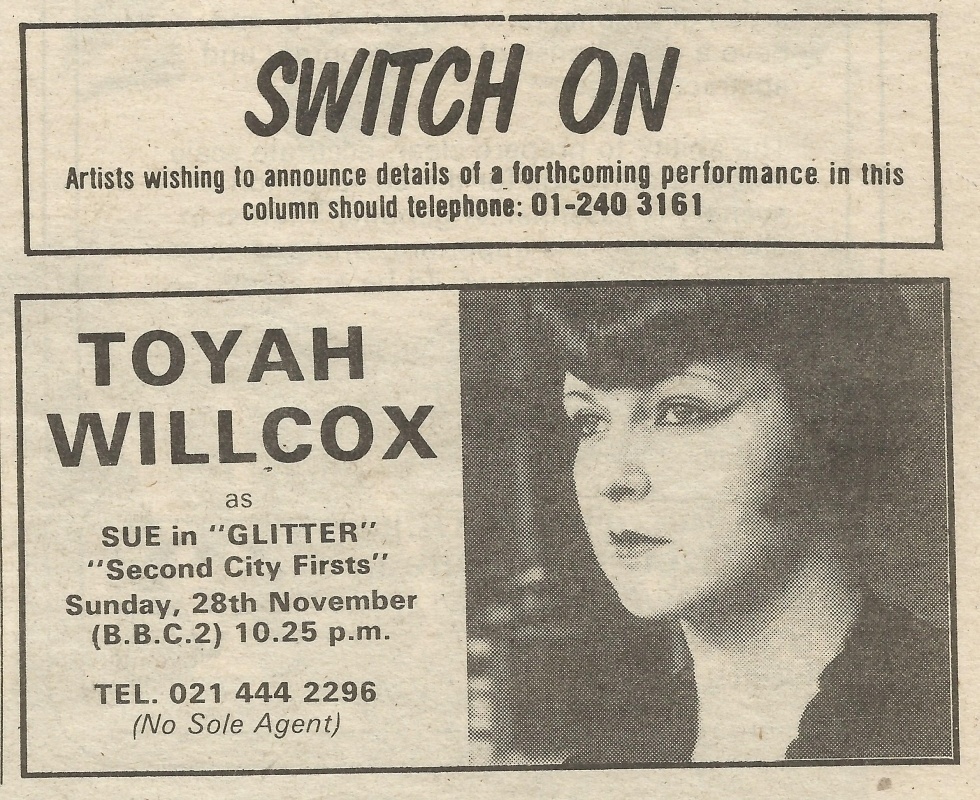 In September 2013 Toyah introduced a screening of the play in Stourbridge as part of the event Made at the Mill: A Celebration of Pebble Mill and BBC Birmingham