Toyah is pleased to announce a new eight-date tour beginning 18 October in her hometown Birmingham. 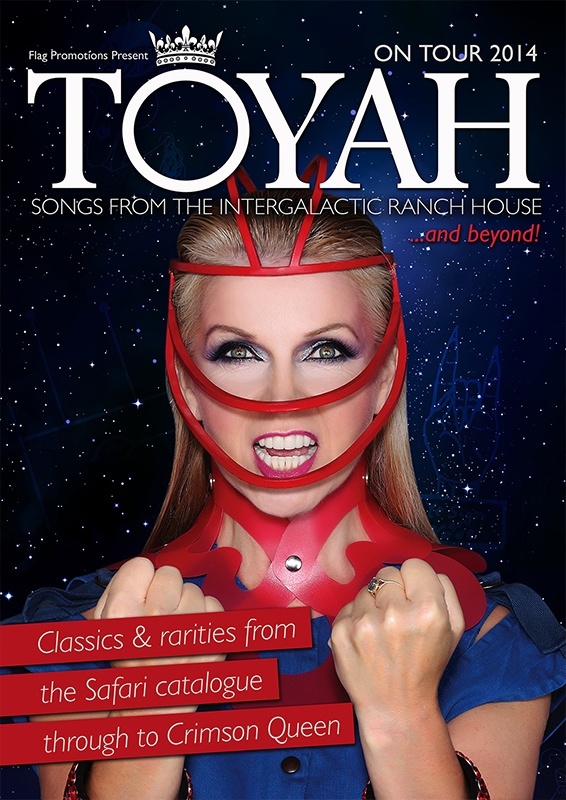 Songs From The Intergalactic Ranchouse will feature a set list focusing on Toyah’s Safari Records catalogue which boasts the top 40 hit singles Good Morning Universe, Thunder In The Mountains, It’s A Mystery, I Want To Be Free and Rebel Run. Alongside this will be classics Neon Womb and Danced which were first seen and heard on our screens on the much-loved BBC programmes The Old Grey Whistle Test and Shoestring.

Exclusively for these eight concert dates, the set will also include a cherrypicked selection of rarer Safari songs including b-sides/EP tracks or rarely, if ever, performed album cuts. Some material from Toyah’s most recent album In The Court Of The Crimson Queen will also feature live in these venues for the first time.

The Intergalactic Ranch House was Toyah’s fan club from the late 1970s through to 1983 and operated out of the basement office of Safari Records in London. This July sees the 35th anniversary of Toyah’s debut single release, Victims Of The Riddle, for Safari Records. Toyah’s acting and recording career kicked off in the late 1970s. She has released over twenty studio albums, had thirteen top 40 singles and made countless stage and screen roles including the perennially viewed film cult classics Jubilee and Quadrophenia.