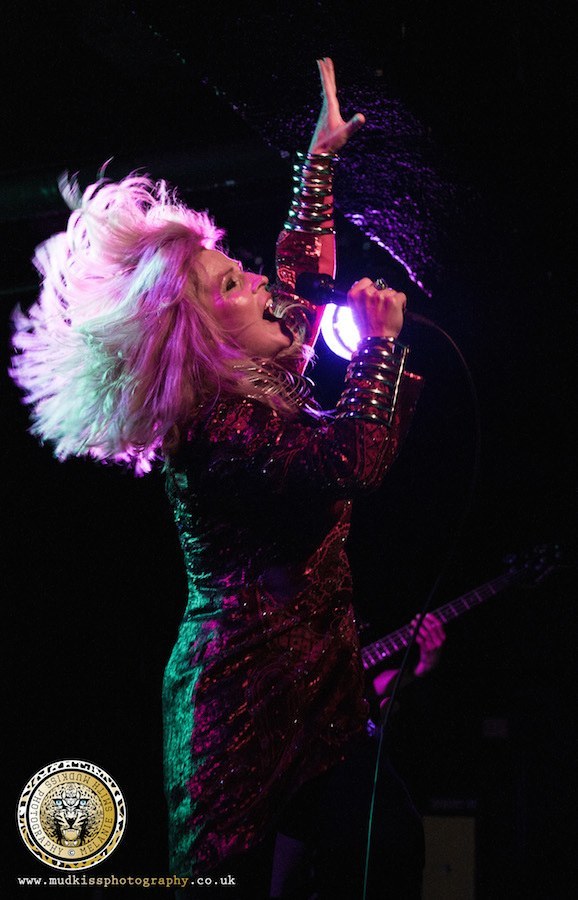 Toyah’s autumn tour, Songs From The Intergalactic Ranchouse kicked off in Birmingham on 18 October and so far has wowed Leeds, Glasgow and Manchester.

The tour is treating fans to a reworked set list which spans Toyah’s whole career from Sheep Farming In Barnet through to Crimson Queen. For the first time ever, selections from Minx are included with a fantastic rendition of Soul Passing Through Soul which can you hear a special audio preview of on this page or at Toyah’s official Soundcloud

The opening night was reviewed by Ian Dunn for brumlive.com
“Toyah Willcox is one of those performers who seems to be in the public eye but these days is never quite as much in our faces in the way she used to be. Known more these days for TV appearances and her acting it’s easy to forget that she took that acting talent onto the music scene to establish herself as one of the most intense performers to have survived the 1970s UK punk scene.

Tonight she lived up to that reputation from the moment she came on stage exploding into the energy of All In A Rage, her voice still perfect, and making it plain that she was the star here and the focus. She took to the front with her band in darkness against the back line to emphasise her presence. The crowd was here to see her and she was not about to disappoint them.

She knew this audience, chatting to them about needing a breather and mocking the similarity between Soul Passing Through Soul and Bowie tunes, pointing out that she was married to the man who wrote the riff for Heroes so she was entitled to some lee-way! It’s strange that she has collaborated with husband Robert Fripp only once but maybe she was too busy with the host of collaborations and solo projects that she has produced over the years.

All three bands got the crowd whipped up for Toyah but by the time they were leaping about to the aptly titled Danced it was clear she needed little help. There was a lot of adulation on show, with the crowd singing throughout It’s a Mystery and I Want To Be Free. At the end the echoes of teenage angst and the punk credentials were pricked slightly as Toyah was presented with a bouquet of flowers but her fans love her and she gave them a show to remember.”  Ian Dunn | Brumlive.com