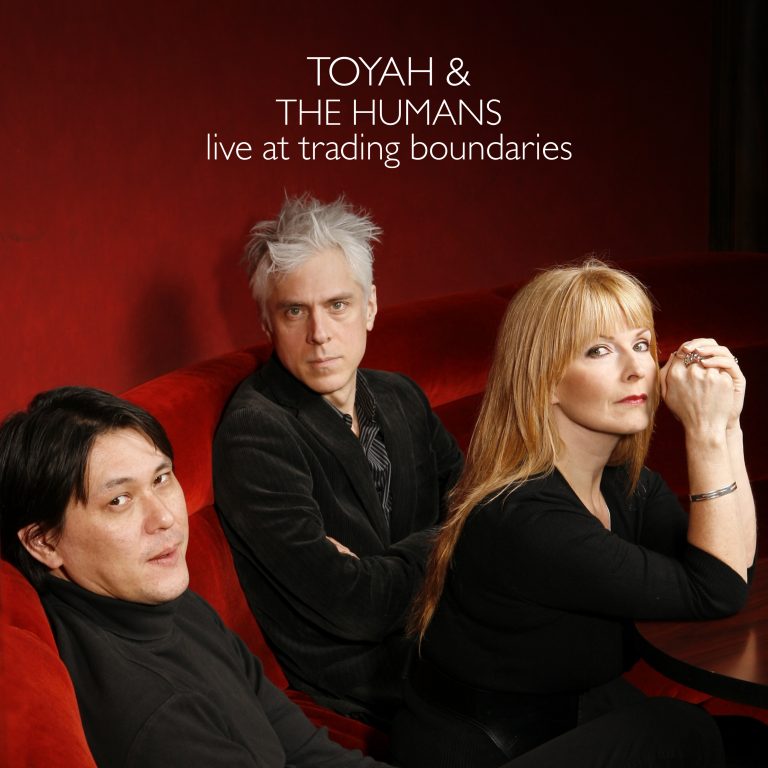 LIVE AT TRADING BOUNDARIES is a previously unreleased 90-minute concert recorded in April 2015 during a tour in support of the bands third studio album Strange Tales. TOYAH & THE HUMANS were an innovative, three-piece, contemporary rock band comprising Toyah Willcox, Bill Rieflin and Chris Wong. The group brings together three lifetimes of musical experience, experimentation and craftsmanship. The band are the brainchild of Toyah Willcox.

TOYAH & THE HUMANS were formed in 2007 after Toyah was invited by the Estonian ambassador to tour Estonia. Highly experimental, the band reflects the distinctly different musical backgrounds and life experiences of its members. This creative formation marked a radical departure for Toyah who comments: “The songs are deconstructed down to the bones of raw experience, exposing human nature and irony”. Dispensing with the conventional rock band line-up, the DNA of Toyah & The Humans consists of the voice (taking much more of a role as instrument) flanked by two bass players, with no designated drummer or guitarist. Although recorded and live work can include programmed drumming, beats or guest guitar, the intention is to allow space for the vocal to sit above and alongside the soundscape rather than compete with the noise of a rock band.

Before they had ever set foot into a recording studio, The Humans premiered their material in 2008 with a sell-out series of concerts in Estonia attended by the Estonian president. These songs then formed the basis of their debut album We Are The Humans (2009), which was recorded in Bill Rieflin’s homeground of Seattle. Produced by Rieflin, the 10-song album was mixed by Don Gunn & Rieflin and mastered by Simon Heyworth (Tubular Bells, Brian Eno). It was released in May 2009 to coincide with the band’s return to Estonia to headline at ‘Tartufest’. Album highlights include the eerily, ambient Quicksilver, the majestic, Demigod and the live band-groove of Icarus. Toyah & The Humans quickly carved out their sound as European experimental meets West Coast American grunge with overarching avant-garde and filmic qualities.