Love Is The Law

1983 studio album produced by Nick Tauber, and the final for the Safari records label.

Toyah said:  ‘Love is the Law’ is a saying I borrowed from the famous occultist Aleister Crowley.  I was never a fan of what he represented, which was mainly dark, devious and debauched, but I thought the phrase ‘Love Is the Law’ was possibly one of the most beautiful to ever be uttered because it crosses every social and tribal divide.

The making of this album was the happiest period of my life because in 1983 everything was going right. I was starring in a stage play called ‘Trafford Tanzi’, which won me especially huge critical acclaim, and I was about to star in a film, ‘The Ebony Tower’ with Lord Laurence Olivier just as soon as the album was finished. Because my schedule was incredibly full, the band moved into my house in Finchley, London where we transformed my gym into a make-shift recording studio to pre-write and programme all the material in the daytime. I’d then go to the theatre for five o’clock and meet the band at the Marquee Studios to do the main recording of the vocals after midnight. It was a killer timetable but I loved it with a passion. 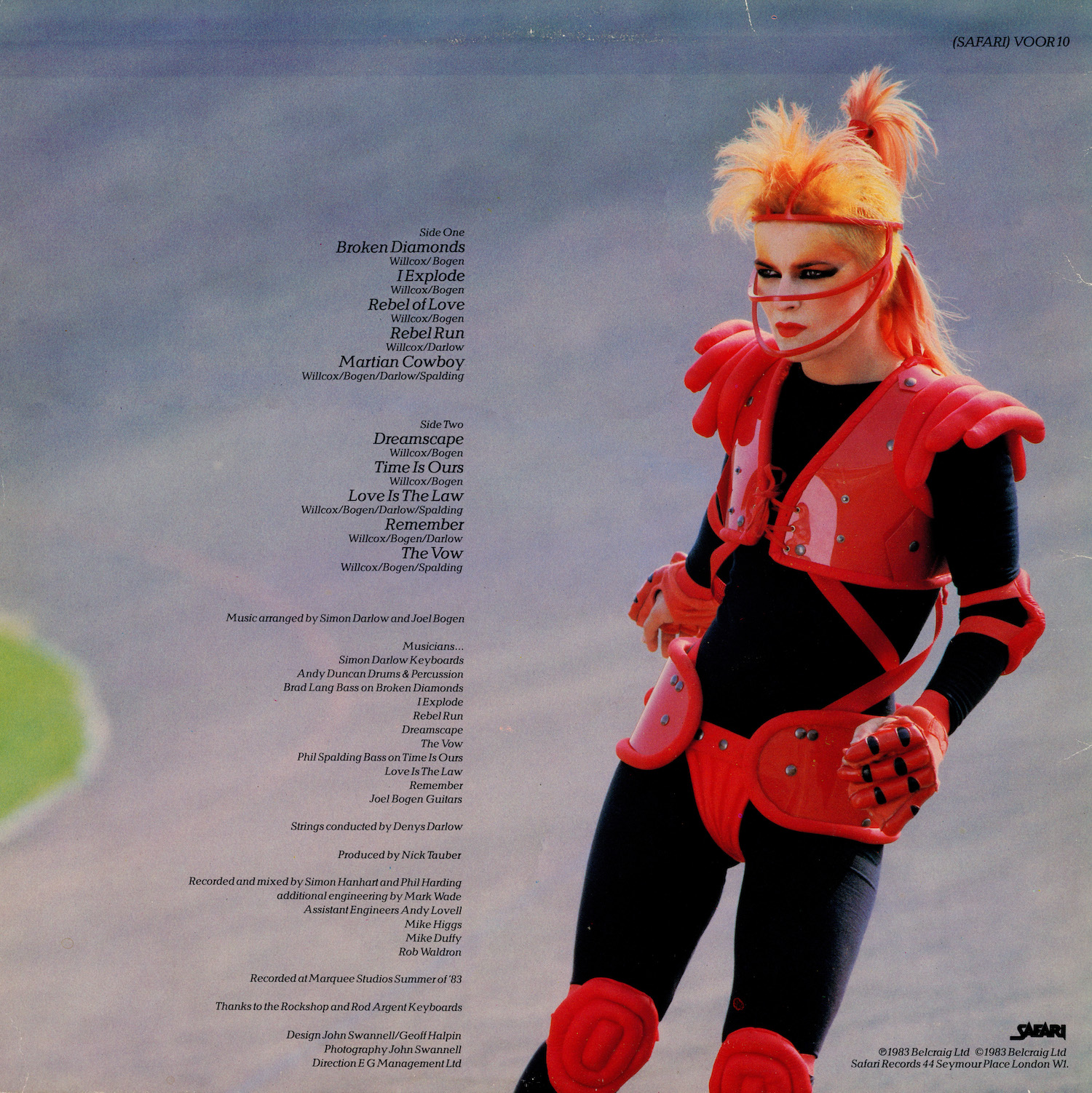