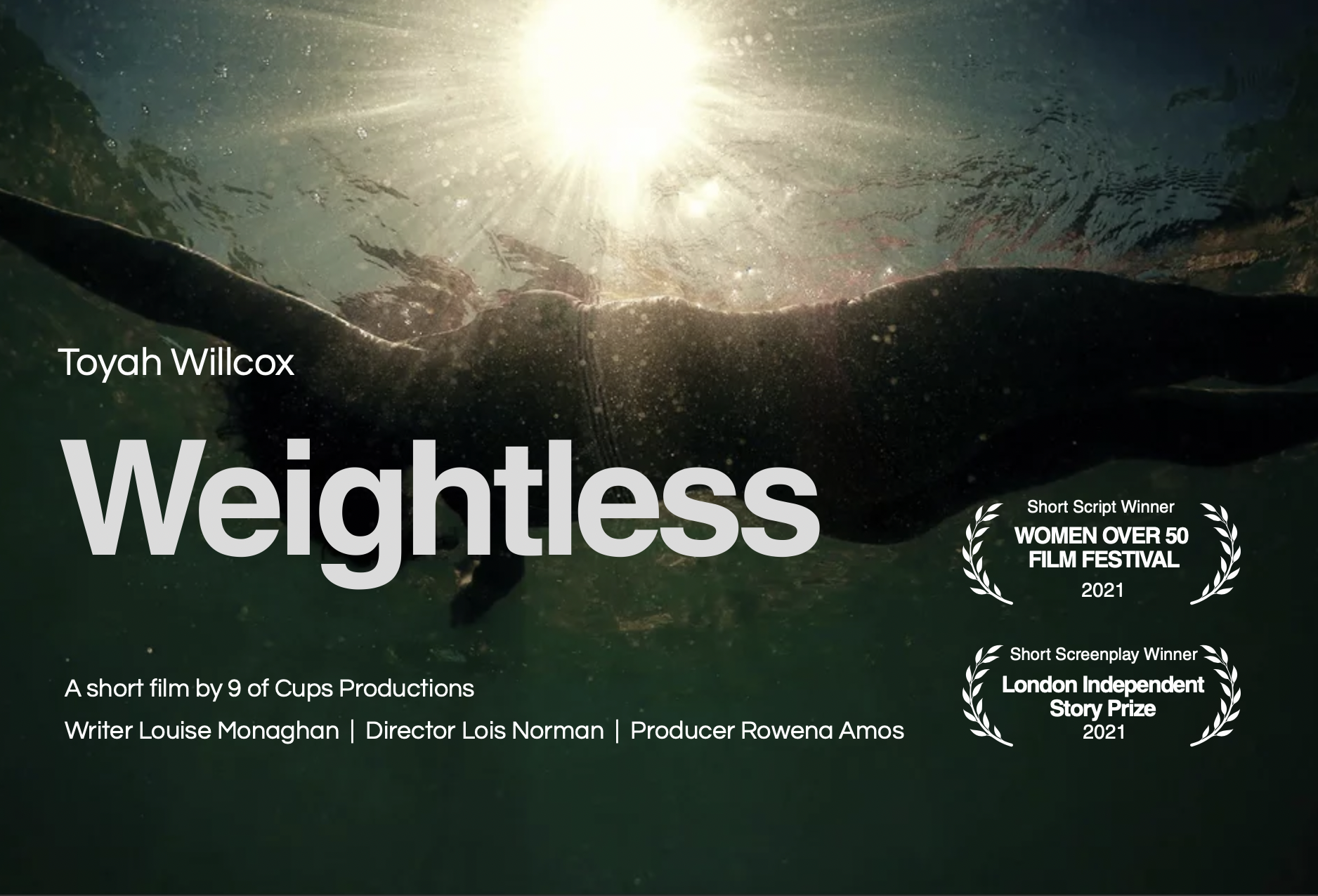 Toyah will act in the short movie Weightless, written by Louise Monaghan and to be directed by Lois Norman.

On a deserted East Sussex beach, a sixty-two year old woman struggles to face down her inner demons as she makes her way into the water.

Weightless has already been awarded Short Screenplay Winner at the London Independent Story Prize 2021. Production has now begun with the filming to take place on the Isle of Wight. Toyah has also begun cold water wild swimming in preparation for the acting role. Read her September blog for more details.