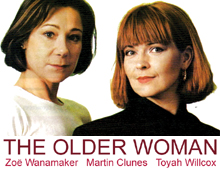 Radio comedy drama series with touches of the surreal by Tony Bagley. Starring Zoe Wanamaker as Miss Callaghan, Martin Clunes as Roy Hitchcock and Toyah Wilcox as Elsa. Roy Hitchcock is a hack journalist on a provincial paper with big ideas and an attitude problem. When he meets his former English teacher his private fantasies get a new lease of life as he sets out to win her against all the odds.