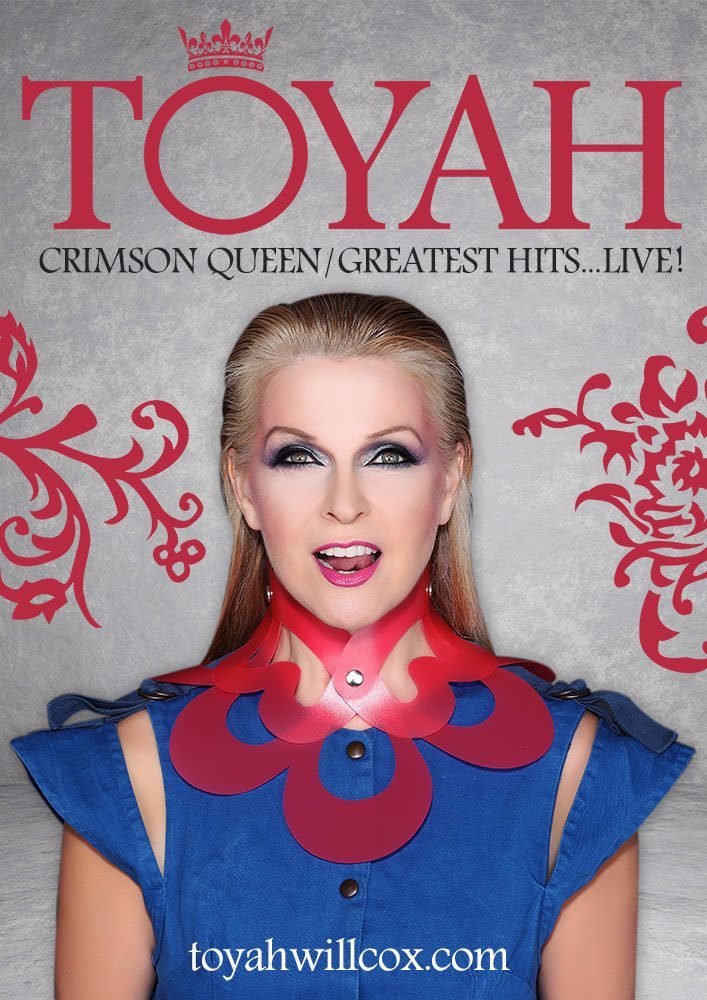 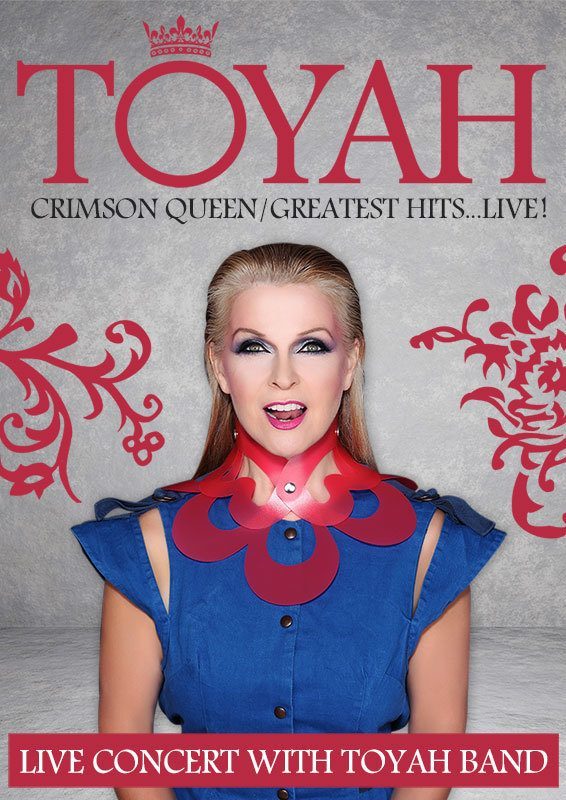 With a rapturous response from fans for the seven-date jaunt across the UK celebrating the 30th anniversary of Love Is The Law, the good news is, there’s more to come! If you did miss one of these recent dates there is plenty of opportunity to catch a concert next year

Many of the 2014 gigs will focus on Toyah’s most recent album In The Court Of The Crimson Queen alongside the newly re-introduced Love Is The Law material plus a choice selection of well-known hits and classics.

CRIMSON QUEEN/GREATEST HITS…..LIVE! will run throughout 2014 as an extended series of gigs rather than in a single-month tour. The fan-loved album Crimson Queen includes songs which have been profiled to wide audiences through inclusion in adverts, films and stage shows.

This includes Sensational, which most recently soundtracked a major national UK Weight Watchers advertising campaign starring Patsy Kensit, Lesser God as performed in the theatre tour Vampires Rock, Heal Ourselves singled out by The Divine David and screened in one of his Royal Vauxhall Tavern shows and Latex Messiah, Toyah’s first ever digital single release. Much of the album music also appeared in the independent film Power Of Three which starred Toyah in a co-lead role and has played to film festivals around the world.

Crimson Queen was co-written and produced by Toyah and Simon Darlow who also penned and played on Love Is The Law and as Toyah explains in her November blog, the 2014 tour set list will be a “perfect marriage of the two albums”.

Additionally, an unplugged storytellers-type show has also been confirmed for two dates in February in Lytham and Buxton. The Acoustic, Up Close & Personal dates will include a chance to hear Toyah perform an acoustic set and recount stories from her colourful career to date. April will see Toyah’s band THE HUMANS tour the West Coast of America as they debut material from their forthcoming third album. Furthermore, Toyah will also perform at many spring and summer festivals across the UK including Let’s Rock The Moor, The Great British Alternative Music Festival, Chilfest and Whitby Goth Weekend.Lastly, a number of solo PA performances scheduled.

The bulk of concert dates are on sale now. For ticket links and further gig confirmations keep visiting the official Toyah gigs page.