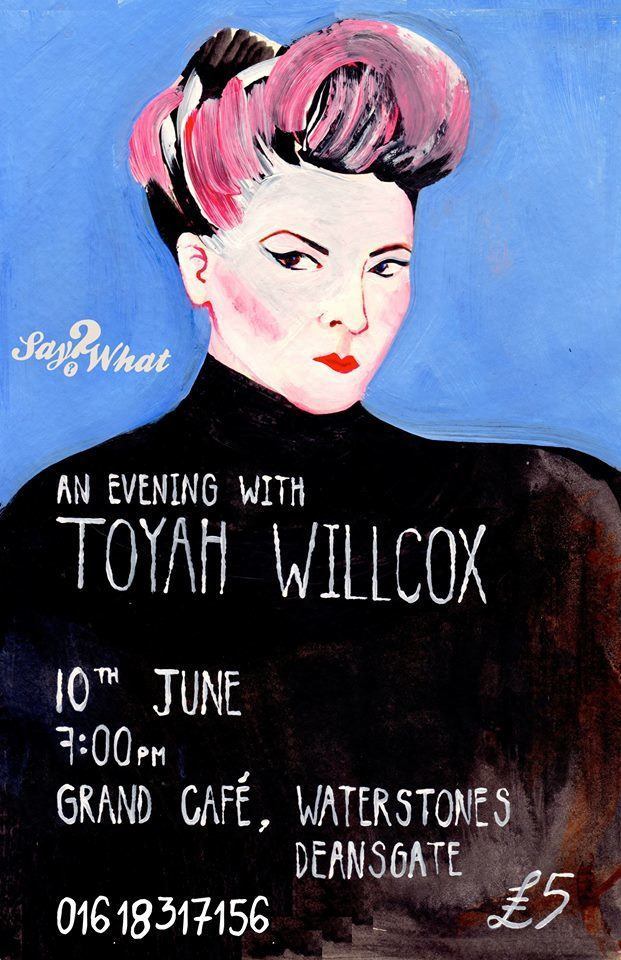 Toyah will give a talk at Waterstones Deansgate Manchester for the Say What? cafe talks series on Tuesday 10 June.

Toyah Willcox is one of the UK’s most innovative pop stars. Emerging from the punk scene in the late 70’s – with a wildly unique style – she went on to sell millions of records. Producing classic tracks, from It’s A Mystery to Thunder In The Mountains, I Want To Be Free to Brave New World, she had massive hits all over the world. As an actress she has stared on film opposite Laurence Olivier and taken to the West End stage in many musicals. She has been a well known media personality for over 30 years, appearing on numerous televisions shows and documentaries.

Emerging at the same time as Kate Bush and Siouxsie Sioux, she was of the first generation of female pop stars to take total control of their sound and style.

Toyah is also a well established raconteur – and SAY WHAT? are delighted to be hosting her to discuss her extraordinary career in a talk at Waterstones Deansgate, Manchester