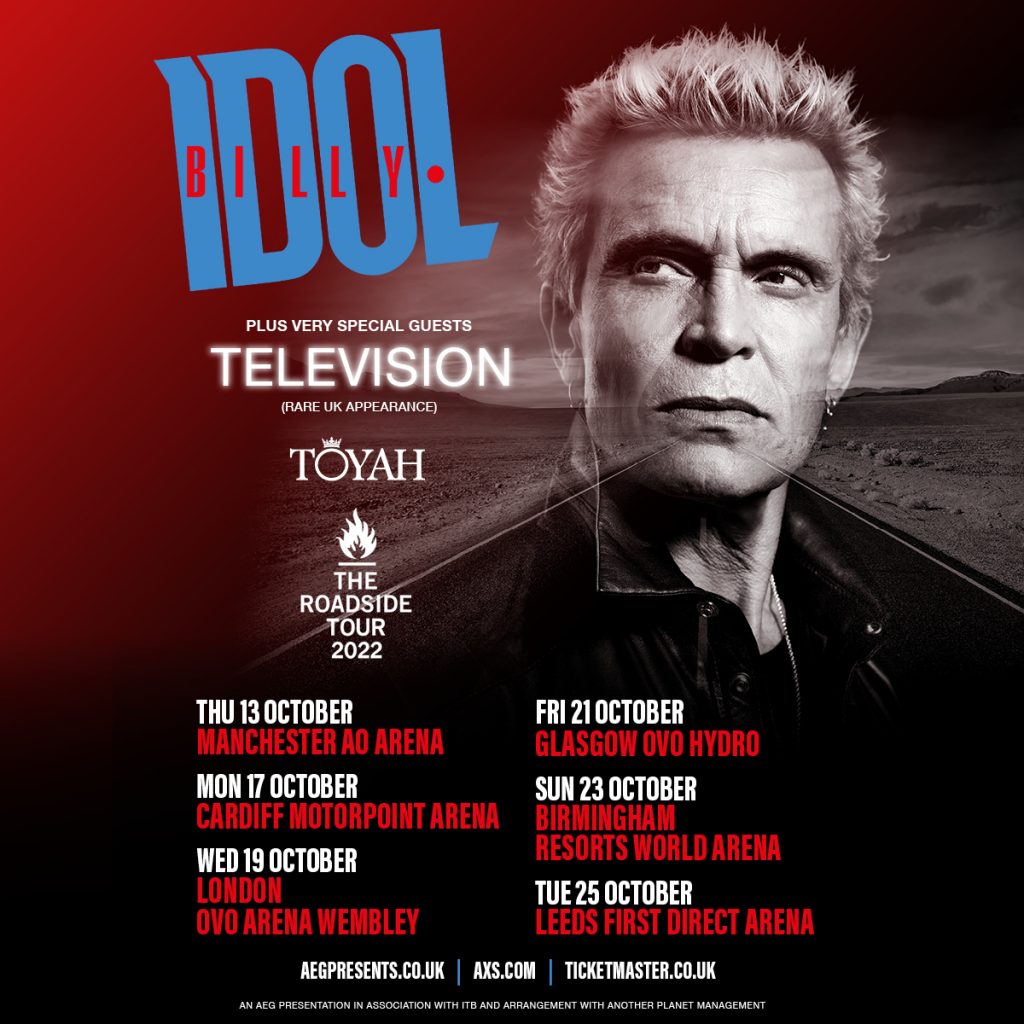 Billy Idol is delighted to announce that Toyah will be joining his UK live dates this October on The Roadside Tour 2022, alongside very special guests, Television.

Billy will be heading out with some new music and a stack of timeless classics for his first appearances in the UK since 2018 and will play 6 Arena dates. Tickets are available from www.aegpresents.co.uk/billy-idol.

The ever-popular Toyah will bring an extra sense of fun to the tour. Alongside a flourishing acting career, Toyah carved out a successful musical career in the late 1970s, scoring three top ten UK hit singles and a further five top 40 hits in the 1980s.

Toyah’s hit albums include the 2021 top 25-charting Posh Pop, The Changeling and the Gold-selling Anthem which receives a remastered reissue in September 2022. Along with husband Robert Fripp, the couple have scored over 110 million hits on YouTube with their popular Sunday Lunch series of weekly musical shorts.

“We’re looking forward to having Toyah join us in the UK,” said Billy. “This is the final piece in what is going to be an epic show!“

“I am thrilled to be opening for Billy Idol on The Roadside Tour,” an excited Toyah commented. “Billy is an icon whose music has thrilled millions worldwide and continues to do so. Billy has created a style of rock that has gone on to inspire generation after generation. ‘Rebel Yell, ‘White Wedding’ and ‘Mony Mony’ are up there with the all-time greats.

“I can’t wait to start the tour and I am excited to be included in the fabulous line up alongside Television who made one of the first albums I ever bought.”

Tickets for The Roadside Tour 2022 can be purchased from www.aegpresents.co.uk/billy-idol

Toyah’s Anthem 40+1 tour dates at Stockton and Blackburn have been rescheduled until March 2023 with original tickets remaining valid.