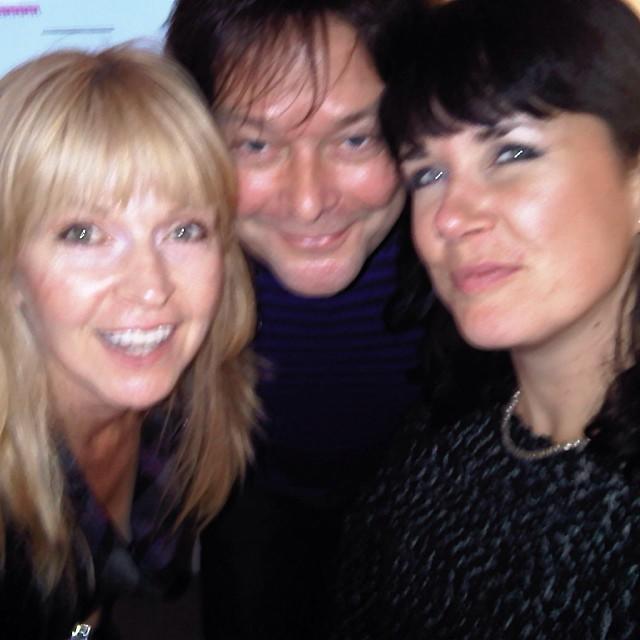 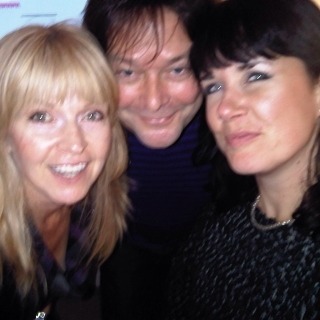 Toyah will be joining Caroline Redman Lusher and 1,000 Midlands Rock Choir members for a very special performance this July at Birmingham Symphony Hall which include a new song written by Toyah, Simon Darlow and Caroline.

Rock Choir is the UK’s favourite contemporary choir. Founded by musician and singer Caroline Redman Lusher, Rock Choir has over 16,000 members in over 300 locations across the UK.

Rock Choir is the UK’s largest and most popular contemporary choir, with more than 16,000 members in over 300 local communities nationwide. It offers adults and teenagers the chance to sing and perform popular contemporary and classicpop songs, with no auditions and no requirements to read music or have any previous singing experience.

Rock Choir began in Farnham, Surrey in 2005 introduced by musician and singer, Caroline Redman Lusher, who pioneered the contemporary choir movement in the UK.

Caroline and Toyah met in 2013 through song-writer/producer and Chairman of BASCA, (British association of song-writers, composers and authors) Simon Darlow. He decided to introduce them thinking that they would work well together – believing them both to be strong, creative and musical trail-blazers. He was right! They hit it off immediately and began to discuss various musical ideas. Interestingly, both hail from Birmingham so the concept of creating a show at the iconic Birmingham Symphony Hall involving all the wonderful Midlands Rock Choir Members was an obvious and very exciting idea. The members are very excited at being able to work with such a glorious talent as Toyah and the show will, without doubt get the audience on their feet dancing and singing along to up-beat rock and pop well known songs.

Rock Choir’s achievements are extraordinary. Since the first choir was started, it has released two top twenty albums and performed en-masse at the 02 Arena, London and The Liverpool Echo Arena, Wembley Arena, Hammersmith Apollo and the Royal Albert Hall. It’s won 3 Guinness World Records and in 2011 Rock Choir was the subject of popular 3-part ITV1 documentary ‘The Choir That Rocks. Other TV appearances include BBC Breakfast, The One Show, The Paul O’Grady Show and The Alan Titchmarsh Show.

Since its very beginning, Rock Choir has helped raise millions for local and National charities. In 2011 alone, Rock Choir helped raise nearly 1 million pounds across the UK.Rock Choir partners with National charity ‘Missing People’ and the members together with the team raises funds and awareness through flash-mobs, events and performances for Refuge, Sports Relief and Comic Relief. 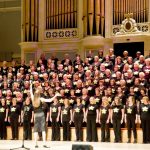 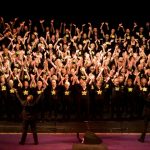 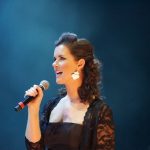 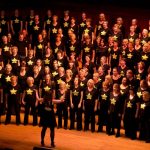 In 2012, Rock Choir Founder and Director, Caroline Redman Lusher was honoured for her ‘Exceptional Contribution to British Music’ by BASCA and the PRS (Performing Right Society) who awarded her the coveted music industry Gold Badge Award. She shared this honour with other individuals that day such as Sir George Martin, Paul Carrack and Nick Mason. PRS Chairman, Guy Fletcher said, “Caroline has created a cultural musical movement in this country with Rock Choir. Her story is inspirational!” Caroline was also appointed Ambassador for the charity, Missing People by Sir Trevor Macdonald.

New members to Rock Choir are always very welcome and anyone interested in joining can try a FREE 90-minute taster session. Visit www.rockchoir.com or telephone 01252 714 276 for more information.