‘CRIMSON QUEEN’ RE-IMAGINED AS A DOUBLE ALBUM OUT 12 APRIL 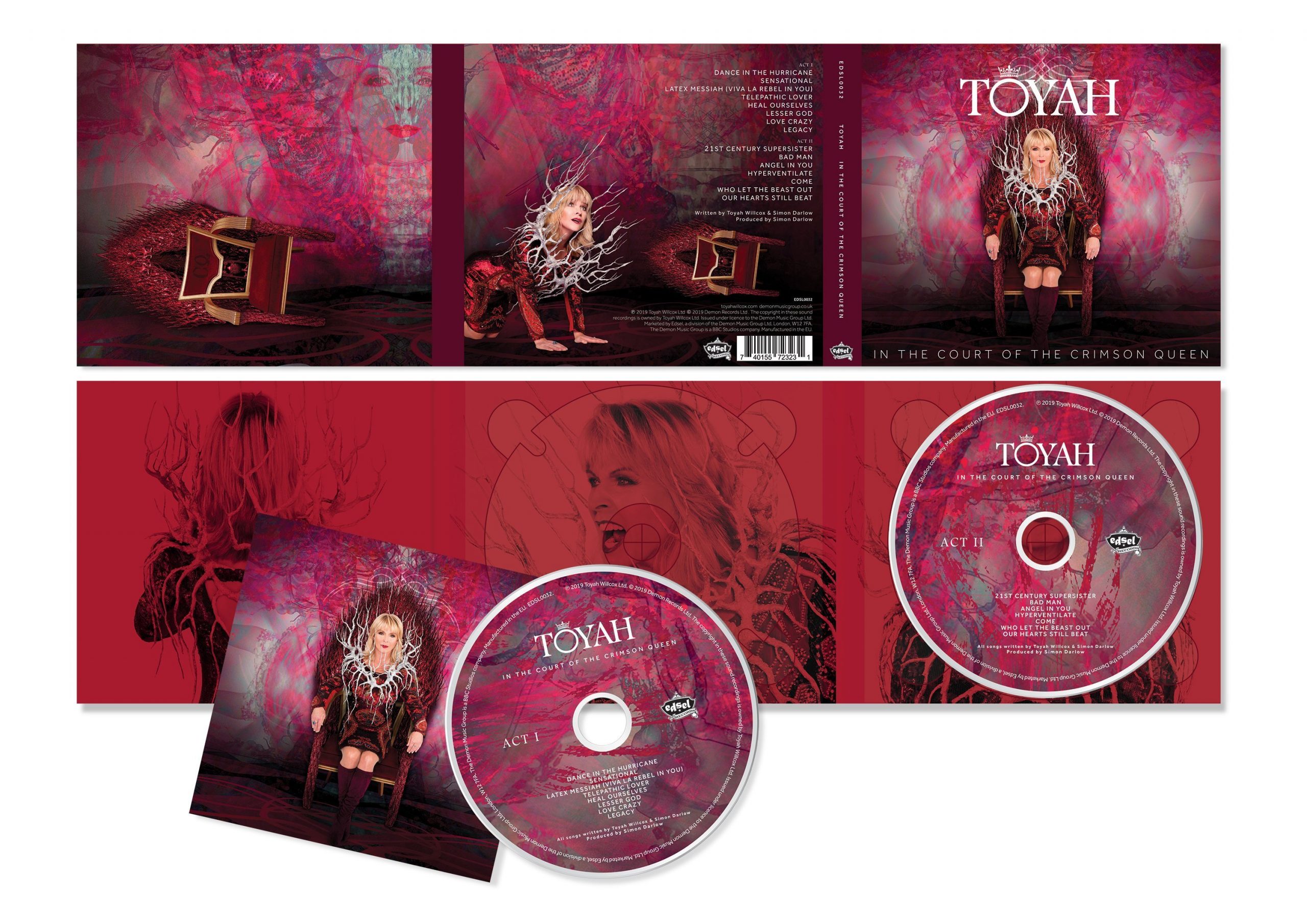 Toyah will release a revelatory new studio reworking of her album In The Court Of The Crimson Queen on 12 April 2019. Written and arranged by Toyah Willcox and Simon Darlow, In The Court Of The Crimson Queen has been newly re-mixed and remastered and is released as a double CD package and digital. This release further cements Toyah’s status as an iconic name of British rock and pop and features five additional new tracks.

In The Court Of The Crimson Queen sees Toyah continuing to hold court with a set of beautifully crafted songs, thought provoking lyrics and a rally cry to forever living life out loud, proud and heard. The album’s 15 tracks explore life, love, empowerment a 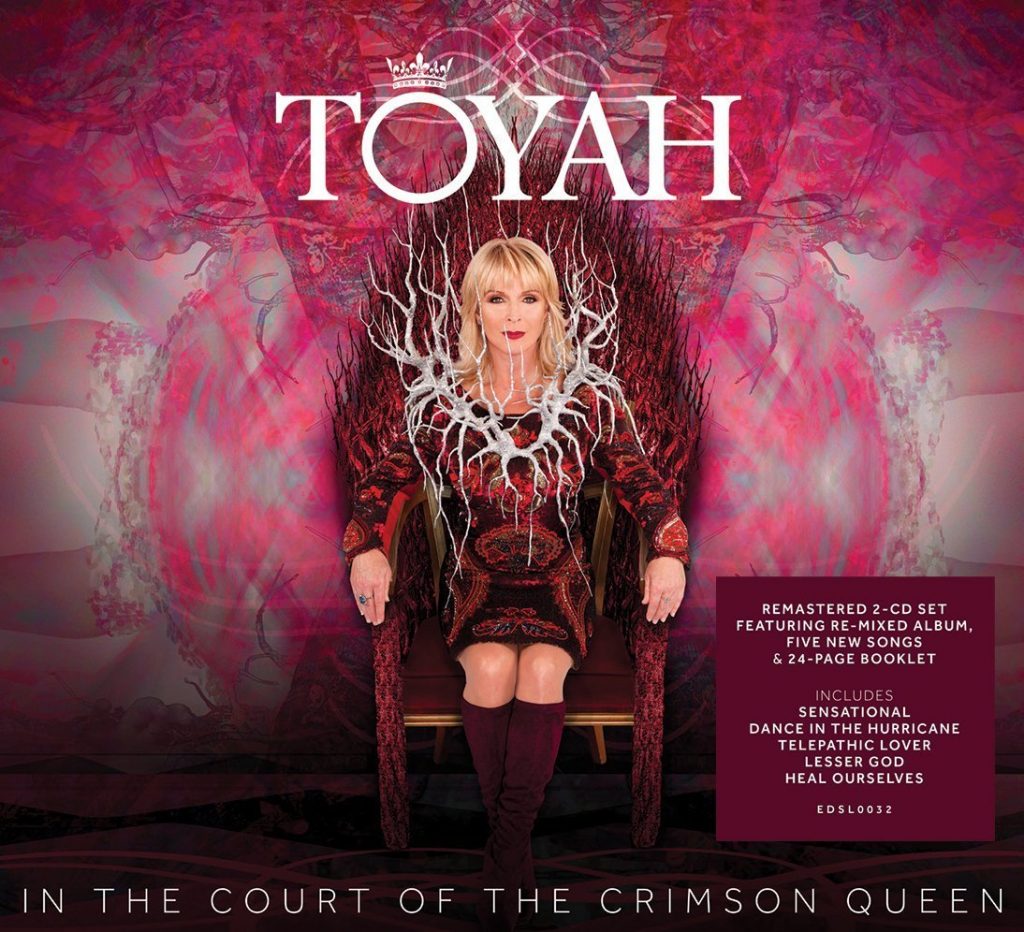 Several of the album’s songs have been previewed live in recent Toyah concert tours or featured on (now deleted) fan-only releases. Toyah and Simon Darlow have been developing new songs and perfecting this body of work which is now re-imagined as a double album. In The Court Of The Crimson Queen presents a collection of finely honed songcraft, killer hooks and two lifetimes of performing, writing and producing music.

Opener Dance In The Hurricane is an epic ode to defiantly walking your own path through life with drumming to die for. Lead single Sensational encourages shining a light on the beauty and courage in others, reminding our children and loved ones to unlock their invincibility and strength. Telepathic Lover reaches out like a snaking, siren’s call to both listener and the lyric’s physically absent lover in a groove-laden command to “come alive”. Our Hearts Still Beat (written for the film In Extremis) and Legacy chart the intense journeys love can take across generations and dimensions. Latex Messiah and Come invite everyone’s inner rebel and unashamed self-expression to be unleashed in their energetic tour de force. Who Let The Beast Out was premiered at London Scoop’s 2016 outdoor musical Crime and Punishment which featured thirteen of Toyah & Darlow’s songs.

Toyah will perform material from the new album live on tour throughout 2019 with over 50 confirmed dates including a Scottish tour in April, summer festivals including stops in Dublin, Bali and Belgium, and an autumn/winter tour of major UK cities. Simon will be joining Toyah on stage at some of these events. 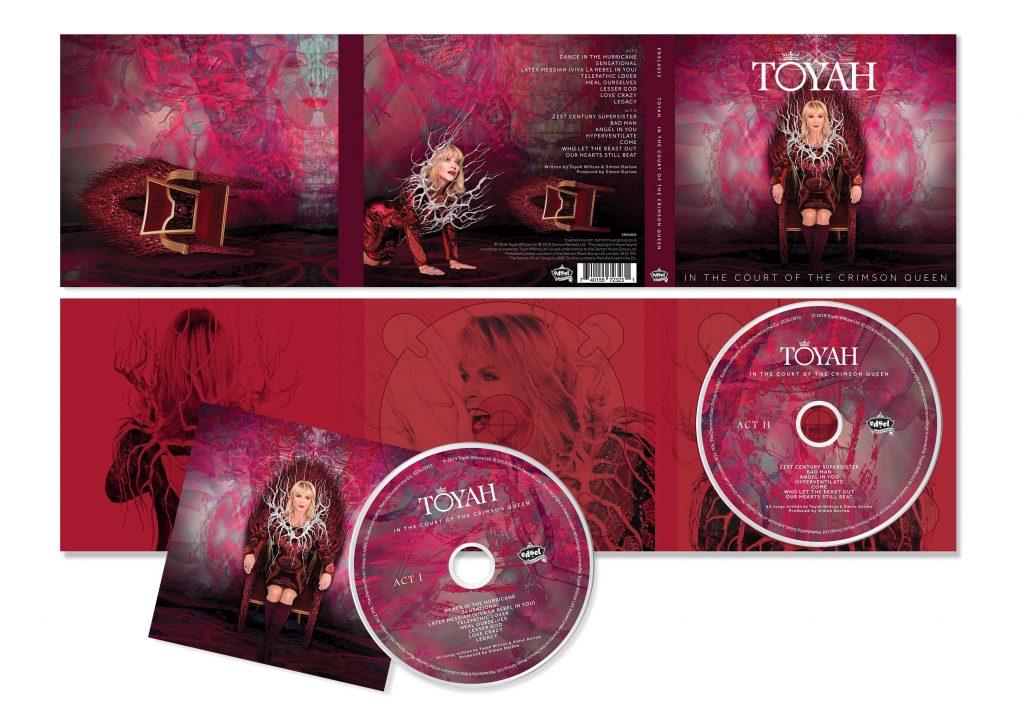