TOYAH JOINS Q&A FOR ‘THE TEMPEST’ AT BFI SOUTHBANK 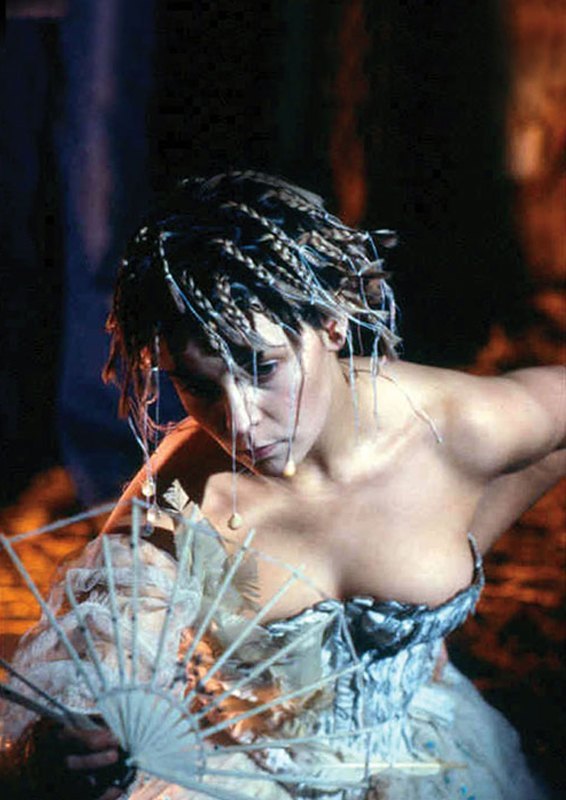 Toyah will take part in a screening of Derek Jarman’s adaptation of The Tempest which stars her in the role of Miranda on 12 February 2014.

Toyah will join the 12 Feb screening for a Q&A session after the screening. The event forms part of BFI’s two-month retrospective season, Queer Pagan Punk which marks twenty years since the director’s death.

William Fowler, BFI Southbank elaborates: Multi-faceted artist Derek Jarman sadly passed away in February 1994, but his legacy lives on. In the 20 years since his death his films have lost none of their relevance and remain massively influential, with public interest increasing substantially in recent years. For those that hunger for something distinctive and different, his eclectic work is inspirational in its fearlessness yet remains touchingly personal.

Jarman’s dynamic artistic legacy evokes comparisons with the bold romanticism of filmmakers Ken Russell (an early champion) and Michael Powell, and artists Paul Nash and John Piper. But, while Jarman was a romantic, he was also subversive. Through his films Jubilee, The Tempest and The Angelic Conversation, he invoked Elizabethan occultist Dr John Dee and explored alchemical imagery, a subject in which he was well versed, while elsewhere he revived key gay and homo-erotic figures from the past such as Saint Sebastian, and the painter Caravaggio.

The Tempest from imdb: Prospero, a potent magician, lives on a desolate isle with his virginal daughter, Miranda. He’s in exile, banished from his duchy by his usurping brother and the King of Naples. Providence brings these enemies near; aided by his vassal the spirit Ariel, Prospero conjures a tempest to wreck the Italian ship. The king’s son, thinking all others lost, becomes Prospero’s prisoner, falling in love with Miranda and she with him. Prospero’s brother and the king wander the island, as do a drunken cook and sailor, who conspire with Caliban, Prospero’s beastly slave, to murder Prospero. Prospero wants reason to triumph, Ariel wants his freedom, Miranda a husband; the sailors want to dance.