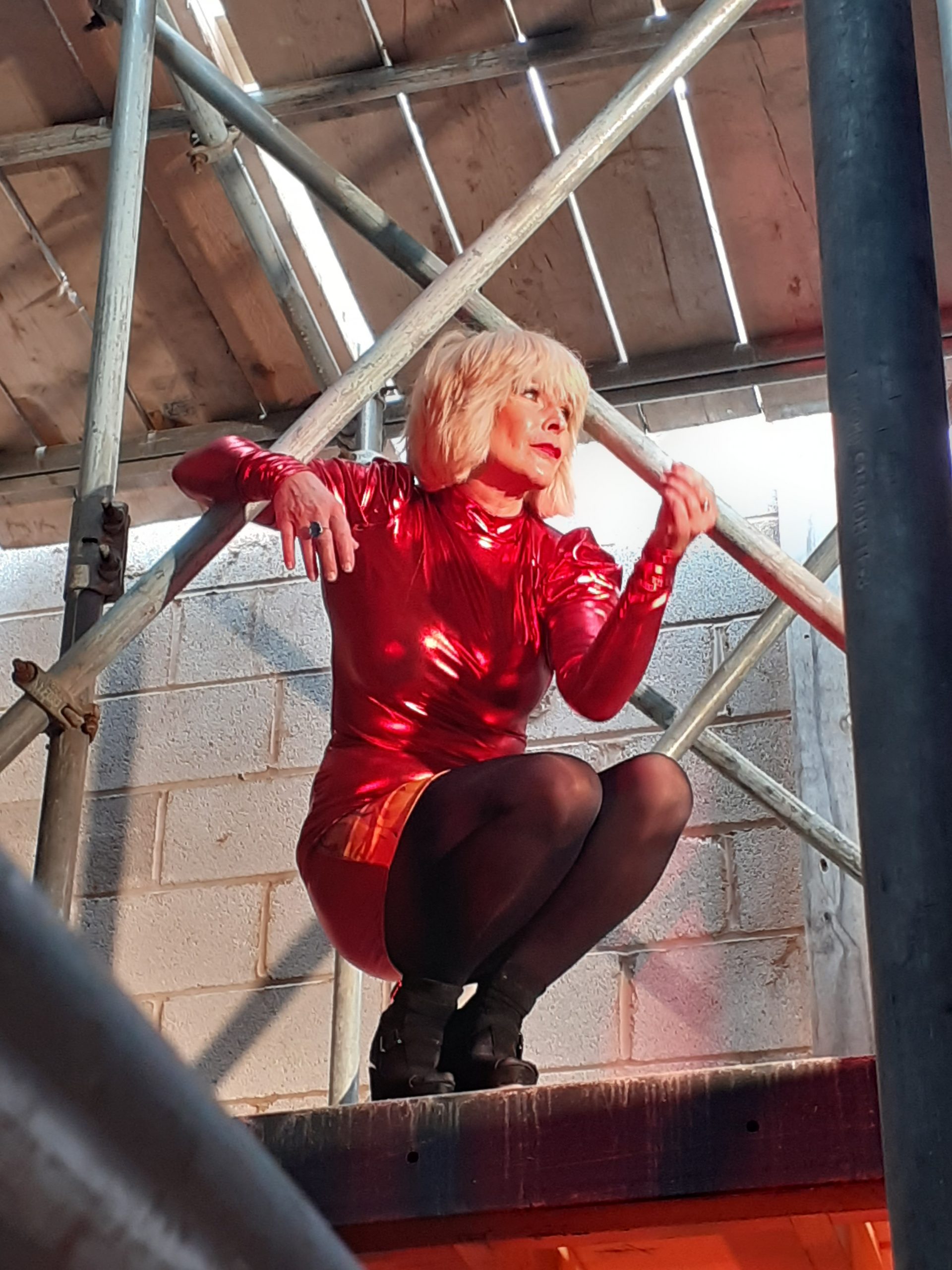 For 42 years Toyah has taken to the stage like no other. She has won numerous awards and nominations from singing to writing to acting. In 2001 Toyah was awarded an Honorary Doctorate from the University of Central England in Birmingham.

Toyah was awarded a star on the Kings Heath Walk of Fame and a star on Birmingham’s Broad Street Walk of Stars recognising her achievements. She has been an inspiration and role model for generations through her iconic hit singles, film and theatre roles and steadfast commitment to always being individual and creative.

From punk princess to cult stage actress, Toyah Willcox is a uniquely gifted performer and an inextinguishable flame. Charismatic, outspoken and impossible to categorise, she is one of Britain’s beloved household names – an award-winning rock legend as well as a much-loved stage/screen actress and music composer. Toyah has amassed thirteen top 40 singles, recorded twenty-five albums, written two books, appeared in over forty stage plays, acted in over twenty feature films and presented hundreds of television programmes.

Toyah released a new studio reworking of her album In The Court Of The Crimson Queen in April 2019 which charted in the UK Top 20 physical albums chart, Top 10 Scottish album chart and overall Top 75 UK album chart.  Written and arranged by Toyah Willcox and Simon Darlow, In The Court Of The Crimson Queen is a collection of beautifully crafted songs, thought provoking lyrics and a rally cry to forever living life out loud, proud and heard. The album’s fifteen tracks explore life, love, empowerment and wonderment including epic anthem Dance In The Hurricane, currently sending audiences wild in gigs across the entire UK and Sensational, recently used in a high profile television advertising campaign.

In 1977 celebrated and provocative film director Derek Jarman offered Toyah the role of ‘Mad’ in seminal punk epic Jubilee. Toyah recently revisited Jubilee, starring as Queen Elizabeth II in an acclaimed stage adaptation which captured the essence of the film and had a majority genderfluid cast. Toyah teamed up with Derek Jarman again to play Miranda in his innovative version of The Tempest, which won her a nomination as Best Newcomer in the Evening Standard Awards.  Toyah’s other notable film roles have included acting alongside such luminaries as Katherine Hepburn in The Corn is Green and Laurence Olivier in The Ebony Tower. Toyah also played ‘Monkey’ in the long-idolised Quadrophenia, celebrating ts 40th anniversary in 2019 with a series of special events and projects which involve the entire cast including Phil Daniels, Sting and Leslie Ash.

The hit singles It’s A Mystery, I Want to Be Free, Brave New World and platinum-selling albums Anthem and The Changeling confirmed her status as one of the most significant talents of the 1980s. In 1982 she won the Best Female Singer at the British Rock & Pop Awards, who went on to become The Brits. On Christmas Eve 1981 Toyah’s concert at Drury Lane Theatre Royal was broadcast live on BBC2 as The Old Grey Whistle Test to viewing figures of over 10 million.  2016 saw Toyah’s first musical as co-composer open in the open air Scoop London rock musical production of Dostoyevsky’s Crime & Punishment.

Toyah’s most recent acting work includes acclaimed cult Brit film Ahhhhhhhh!, directed by Steve Oram and co-starring Julian Rhind-Tutt, Noel Fielding and Julian Barratt. Toyah has a cameo role in award winning British thriller In Extremis for which Toyah and Simon Darlow co-wrote and produced the end credits song Our Hearts Still Beat; Toyah played the wife of a character played by Harvey Keitel in Lies We Tell, directed by Mitu Misra and co-starring Gabriel Byrne. Toyah has film roles in forthcoming releases Hound – the life of the poet Francis Thompson, the British horror SwipeRight, and British sci-fi movie Kaleidoscope Man for which she also sings the outro theme song Step Into The New World.