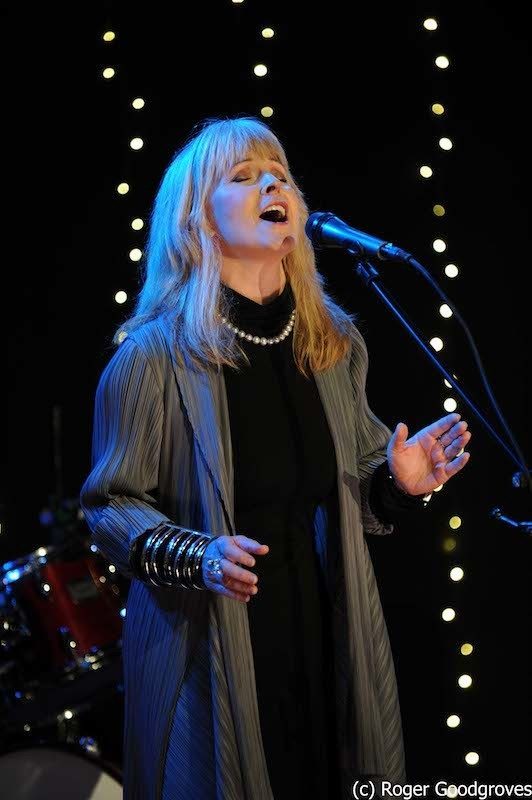 Mr. Bill Rieflin arrived in the UK this week for the start of KING CRIMSON rehearsals. This means I have him on home turf and can make plans for the HUMANS and HUMANS 3.

We have decided to make THE HUMANS’ new album available digitally through iTunes, Amazon etc in time for the USA dates in April. There has been much too-ing and fro-ing between interested record labels but no commitment to release dates so we want to make the album available to the solid fan base whilst we actually play live.

I am excited about the release as the album is fabulous, one of the best pieces of work I have ever been involved with. Make sure you are signed up to the TOYAH BREAKING THROUGH MAILING LIST for an announcement straight to your inbox fairly soon!

On 19 February it will be the 20th anniversary of Derek Jarman’s passing away. There is a lot going on to celebrate his remarkable talent and his “at the time” unconventional ways. Somerset house has PANDEMONIUM, an exhibition of Derek’s note books and SUPER8 film footage which he constantly shot turning the then waste land of London Docksides into romantic burning pyres.

I remember when I used to hang out with Derek in 1977 through to 1980 his home in Butler’s Wharf stood among ruins of pilled high red brick and broken wooden pallets now you would be lucky to buy a small box like flat there for under one million.

On the 12th February I will be introducing Derek’s wonderful film THE TEMPEST at BFI Southbank, London in which I played MIRANDA. A film I love and have incredibly happy memories of making. A film that gave me a nomination for EVENING STANDARD BEST NEWCOMER.

Last year I was a guest at the BIRMINGHAM BALLET and the artistic director took me aside and said my role in the Tempest has inspired him to choreograph a future project at the ballet………..i was thrilled to say the least.

Like many people in the UK I am determined not let this winter govern my life!

For 55 years I have been on this planet and I still hate winter. Cant stand the ‘all enveloping’ dark, I always sleep with the curtains open, much to my hubby’s annoyance in the hope the room will be lit by moonlight. Can’t stand the wet upon WET! There’s nowt as bad as water on the skin when it’s below freezing. Cant stand the grey grumbling skies ……….gggggggrrrrrrrrrrr YUK! YUK! YUK!

But I LOVE the turnaround, when magic flows through everything. I look out the window and see buds on the trees swell, the snowdrops, the crocus push through the tombstone soil and this wonderful feeling of hope and optimism starts to emerge from a frozen heart…………..SPRING IS COMING!

YIPPPEEEEEEEEEEEEE! That’s how I am feeling now February is here. The world is leaping back to life.

I always keep myself busy through the winter months. This year it was training for SPLASH. The whole process was incredible fun and wonderful terror all merged into one ecstatic ball in the stomach. Funnily I hate water on my skin in the winter months, unless if is piping hot, the sensation for me is not a pleasant one and on some mornings in the pool in South End the weather was a foggy freeze outside and the pool inside didn’t manage to heat to that nice tropical bath temperature one expects.

But I wanted to do well and I knew the only way was commitment so I pushed through my winter whinges and excepted that being wet and cold was part of the joyride….that and constant pain from all the twists and turns the water played with ones body.

You think you would hit the water and glide away but no, hidden forces within the water sometimes ricked the vertebrae of your neck sickeningly back into an unnatural stretch or twisted your spine in a vicious jerk till you thought something had broken…….. dealing with the pain became a bigger issue than the fear of heights…….yet if I were to be asked to do it again……I’D SAY YES!

Now onward into 2014. Two weeks ago my acting agent Michael Hallett sent me this message………….” This sounds MAD! But could be very funny, and ace people involved. Let me know what you think x”.

A script was attached from the comedian/ director/ writer Steve Oram. I saw his last film SIGHTSEERS just recently by coincidence.
I immediately set aside my afternoon, working on TOYAH ACOUSTIC and read Steve’s script “AHHHHHHHHHHHHHHH”.

My jaw hit the floor. It is very, very funny. Very, very violent. Quite brilliantly written but preceded with the instruction “ALL CHARACTERS IN THIS FILM SPEAK LIKE MONKEYS OR IN GIBBERISH SPEAK. WRITTEN DIALOGUE IS JUST TO SHOW INTENDED MEANING. “

Steve and I have already shot some improvisations, partly on my recommendation, as I have never done anything like this and the results are great……it works! It’s funny!
So I have this to look forward too once I land back in the UK from THE HUMANS West Coast dates.

Now back to formulating TOYAH: ACOUSTIC, UP CLOSE AND PERSONAL.

This will be a music driven evening with unusual anecdotes and in most venues I will have a screen to use, where I can show short film clips and behind the scenes pics. Chris Wong and Colin Hinds will be on guitar for these shows. Im really looking forward to the “newness” of it all. The three of us filmed two acoustic tracks for Vintage Sessions VINTAGE TV too which will be broadcast later in February too.

Then we kick off the TOYAH BAND 2014 on 21 Feb in Holmfirth………perfect……all dates are on the gigs page.

SO back to my desk……………see you out there! Here comes spring! YIPEEEEEEEEEEEE!