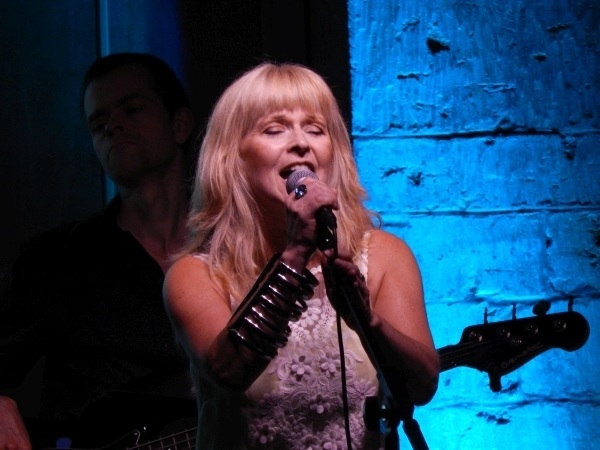 HELLO THERE AND WOW!

I apologise for the late arrival of this web blog……..it has been very very busy.

Not only have I been full time on the film AHHHHHHHHH but I’ve had concerts too plus the phone keeps ringing with work for 2015. Non stop!

ince the 7th June Mercury has been in retrograde. It was retrograde until the 1st July but it still causes chaos right up until the 14th July.

As a result this is the fourth draft of my web letter because I just couldn’t stop groaning about the way I hate this period so intensely.
It seems to bring the “dumb arse” out in people for example…..I’ve narrowed my Mercury retrograde gripes down to a top 10:

1. why does my husbands driver call me before I go on stage to tell me he cant pick him up from the airport……call my f—— husband. I am not his secretary!
2. A builder calls to say I haven’t paid him an invoice from 6 months ago…..so I scan the invoice, the photocopy of the cheque, the proof he cashed the cheque and I get this reply…….”thank you, I didn’t do my accounting so didn’t know it had been paid, you have now done my accounting for me.”
3. Why do people send me photos of their children…if I wanted a family I would have had my own. I own up….i am family phobic.
4. There’s a 6 foot tall police man who hides behind a tree on the Chelsea Embankment with a speed lazer gun catching out everyone who genuinely believes it’s a 40mph limit when it is actually a 30mph limit even though there isnt one speed indication on this stretch of road…….GGGRRRRR….F—— GGGRRRRRR
5. First I curb my back tyre and have to buy a brand new one …….then the new one explodes on the M1 when I am doing 50mph in roadworks.
6. I wait 2 hours, on the M1, in the dark, for the RAC to come and help me.
7. So I borrow my husbands car and his sat nav has a nervous brake down and my mobile decides to die just when I am lost in Manchester!
8. Why does the local radio station call my mobile 6 times a day when I haven’t answered their calls for over 8 years?
9. Why do I sign TV contracts “WILLCOX” and the titles always say WILCOX………any idiot can look up Wikipedia!
10. Why did the sound crew at Chillfest line check the microphones for the other bands through my entire set?

Believe me I could write pages on the gripes of the last 6 weeks. Mercury makes communication, technology and the world challenging.

So it’s 5am and I am asking myself this……” you hate people moaning, so why are you intending to send a moaning blog out…..cut the crap.”

UG! UG! UG!
I have now finished filming AHHHHHH!
The making of the film has been enjoyable if somewhat strenuous. My larynx has had a major work out with all that ape-ing around.
For the actors to know where we where in a scene we had to rehearse each shot in English then we would film that scene in ape language.
It was surprisingly exhausting improvising into imaginary language……..but FUN!

Julian Rhind-Tutt who plays my younger mate told me when he was ten his father bought him my first three albums and he used to lock himself away in his bedroom just staring at the covers. Then when he was eleven he was allowed to see me at Hammersmith Odeon in 1982 which he described as “life changing”…..well we were performing The Changelling at that show!

It was uplifting to hear from various members of the film team that I was their first “artist” of interest when they were younger. Our make-up supervisor said I was the reason she went into make up. Steve Orman’s (writer/director/film editor and general good egg) first time on stage was during a school trip to the theatre, when he came up to join me on stage, at the opening of act two in the TAMING OF THE SHREW, which I was touring nation wide in 1990……..he actually joined me for the banqueting scene and never forgot it, always intending to work with me in the future. The show was at the Malvern Theatre at the time.

I cant tell you too much about AHHHHHHH because the creator Steve Oram dislikes advanced information going out. So the moment will come when the film is finished and people will see it……Then we will talk about it.

It is possibly one of the most outrageous things I have done since Jubilee!

My sister arrived home on her birthday. The 12th July from sailing around the world. I haven’t seen her yet, my schedule is too manic but we are throwing a party for her at the end of the month. My sister holds my remaining family together, as I am hopeless at being in contact with anyone, so is my brother…..so now my sister is home I am looking forward to family get “togethers”.

In the past 11 months I have talked to my brother three times. We are close but we never get involved in dross so conversations can last all of one sentence “How are you” ….”Great. How are you?” …..”Great.”……”OK….See you then.”
We have one very common personality trait……we are unsentimental.

The concerts in the last 6 weeks have been fab. Isle Of Man was wonderful. Peel was one of the most beautiful places in the British Isles. It also has an ice cream parlour to challenge the one in Menton, France. I am an ice cream addict! We returned from our “sell out” show feeling as though we had had a good holiday.

I managed to get Robert to come with me to Guernsey a couple of weeks ago to join Chris Tarrant for his charity cricket match on Herm Island. WOW what a beautiful place. I am planning on going back without my phone and without my computer so I can just escape this manic world of technology and actually read a book! Robert, who is usually anti-social, had the time of his life……hopefully he is mellowing with age.

I have to accept life is so manic the only time I get any space is on stage……..I never thought I’d ever say that!
The only time I escape the phone is whilst singing……singing has become my solace……now that’s a great place to be!

Right……..there’s numerous TV’s to prepare for this week, plus ROCK CHOIR and the summer shows….no rest for the wicked!