The trailer for the film AHHHHHHHH! Is now ready and Steve Orman came over to play it to Robert. As obscure as this film truly is, quite surprisingly it makes sense. Robert watched the trailer totally absorbed, up till now he had only seen the improvisations Steve and I had done in February. 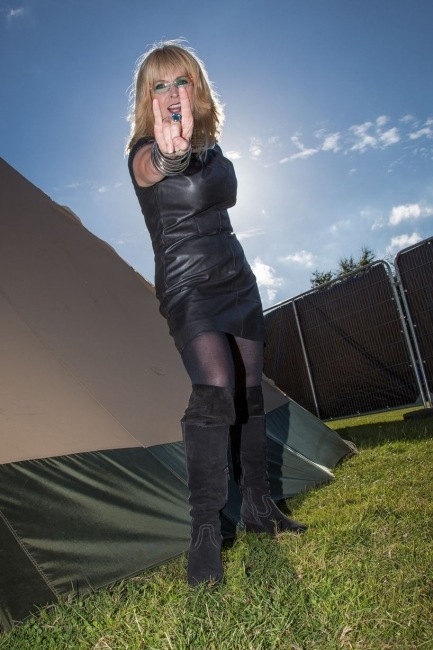 Having seen the trailer Robert offered Steve 14 hours of improvised music to narrate the film. This has now been added and it is as if AHHHHHHH and The Crimson Projeckt music where made for each other. Now the film truly is crazy and yet makes even more sense! Dare I say it is like Tellytubbies in Mayhem Land.

I have made so many long term commitments this month…..well commitments that are challenging to a comfort loving, slightly lazy Taurian.

It has been a rollercoaster of exhilaration and desperation with new technology being added into my office. The addition of all this equipment to my daily routine has made time dissolve far too quickly, due to my absorption into so many subjects and interests that would normally take four years at university to conquer.

Having kept to my “an hour a day per subject” for the whole of August I found myself committing to yet more life changing skills. Film making and editing. This is because one of my Apple Tutors is a guerrilla filmmaker and he has persuaded me to join his experimental film classes.

I am sensible enough to narrow all this learning down into areas I know I excel at. So the Piano, violin, guitar lessons remain sacred, as does learning computer skills but I do have a serious desire to be totally creatively independent and filmmaking teeters into my future vision of things.

August has been perfect to “just get on with it”, as most of the people who keep me distracted all day go away with their families and don’t want to hear from their artists……Yipeeeee…….no distractions.

But I do feel I have just completed a world tour when it comes to energy spent. I’ve had lessons before. For the past 30 years I have tried to improve my guitar playing, always hitting the same limitations, the same barriers, the same frustrations but this time I am pushing through them because even if I never master the instrument I will come out of this knowing and understanding it far better than ever before.

With the live shows this month the summer adds a special high when it comes to an energised happy audience. There is a kind of hedonism that is reserved especially for the last month of summer. New Quay rocked, the audience and the town was full of music loving revellers walking from venue to venue. Our stage was for some reason extremely slanted, one side higher than the other, almost by a foot, it was like playing on a ship that had been frozen in time mid tilt on a storm wave……..I found myself teetering sideways whenever I was focussing intensely on listening to the band.

At Osfest we played like demons, but yet again, as with Chillfest, we had other artist’s  soundmen meddling with our onstage sound. At Osfest the sound man of the artist to follow us actually unplugged the whole of the TOYAH band’s “in-ear” system and de-programmed Wong’s guitar programmes at the same time, during BOOTZ. Luckily the audience stayed with us as BOOTZ went from sounding like an electric track to an acoustic track. We played on and conquered.

It takes incredible inexperience on the offending soundman’s part to do this to an established artist. Not only can it lead to the culprit having they faces rearranged it means their reputation for stupidity proceeds before them for many years to come.

Karma paid us a compliment as most the audience left for the fairground attractions after we left the stage. Which was unfair on the following artist but god knows what their soundman managed to do to them whilst they were actually performing! Falmouth was wild, really wild. Impressively so. Even though I have never been to Ibiza I imagine Falmouth was exactly like Ibiza on a Saturday night. The audience where great. All dresses up and rocking out.

This was a rare occasion as I managed to get my hubby to come with me. And for the first time ever we made it to see the Eden Project. This is a place I want King Crimson to do their only UK show. I have sown the seed. No doubt by Christmas Robert will come back to me and say “I’ve had this idea. I thing King Crimson should play the Eden Project!” 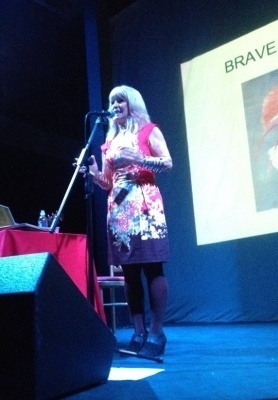 This week I played an acoustic show in Norwich. It was one of those shows that lifted you up and carried you along with it. As if an invisible hand is pulling you along on a journey. I told the audience the story of working with the great Hollywood legend Katherine Hepburn. Normally I show a clip of the film we did together THE CORN IS GREEN but my computer was playing up (as it usually does when I really really need it) so I could only show pictures.

After the show the management came to me with a leather bound autograph book and said the book was full but there was one area I could fit my signature in………it was under Emlyn Williams’ signature. Emlyn Williams was the great welsh playwright who penned THE CORN IS GREEN. He had worked at the theatre in Norwich, The Maddermarket Theatre, and signed this book alongside his cast.

My god what an honour, I could have wept.

I must go now. Tonight I play Stroud, Up Close And personal. Tonight the Wongoose and I decide the set list for the autumn tour………….that’s a story for next month.