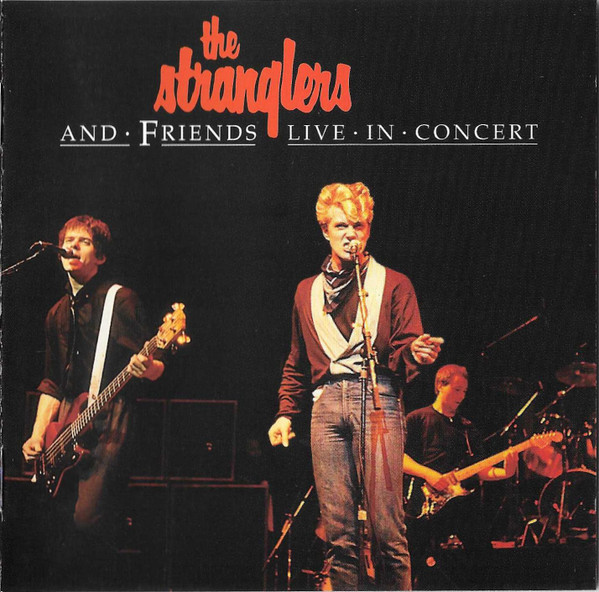 The Stranglers and Friends: Live in Concert is a live album, capturing a momentous gig with guest performers when singer Hugh Cornwell was incarcerated.

In the spring of 1980, Hugh Cornwell was in Pentonville Prison for drugs possession. With two gigs scheduled at the London Rainbow for 3 April and 4 April, the management decided to turn things around by approaching a number of well-known artists (including John Ellis, Toyah Willcox, Peter Hammill and Hazel O’Connor, among others) to fill in for the absent Cornwell. The Stranglers and Friends: Live in Concert chronicles this event.

In 2002, this album was re-released on the Castle Music label with new artwork and sleeve-notes.  A 1997 reissue of this recording contains the same tracks (not in the same order), except “Grip”, “Hanging Around”, “Bear Cage” and “Peaches”. 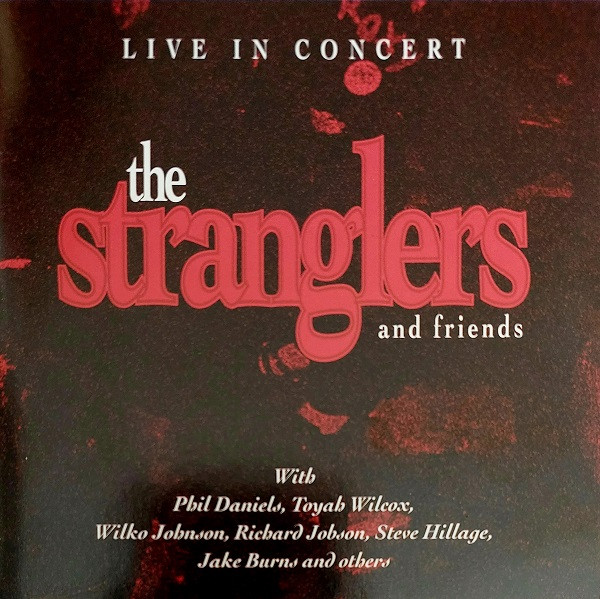 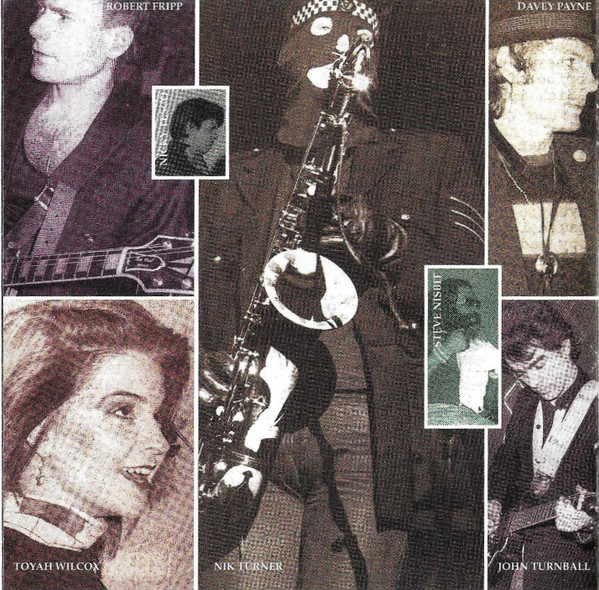 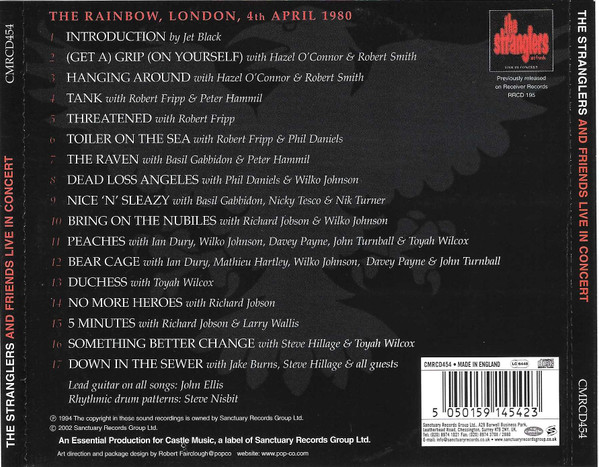