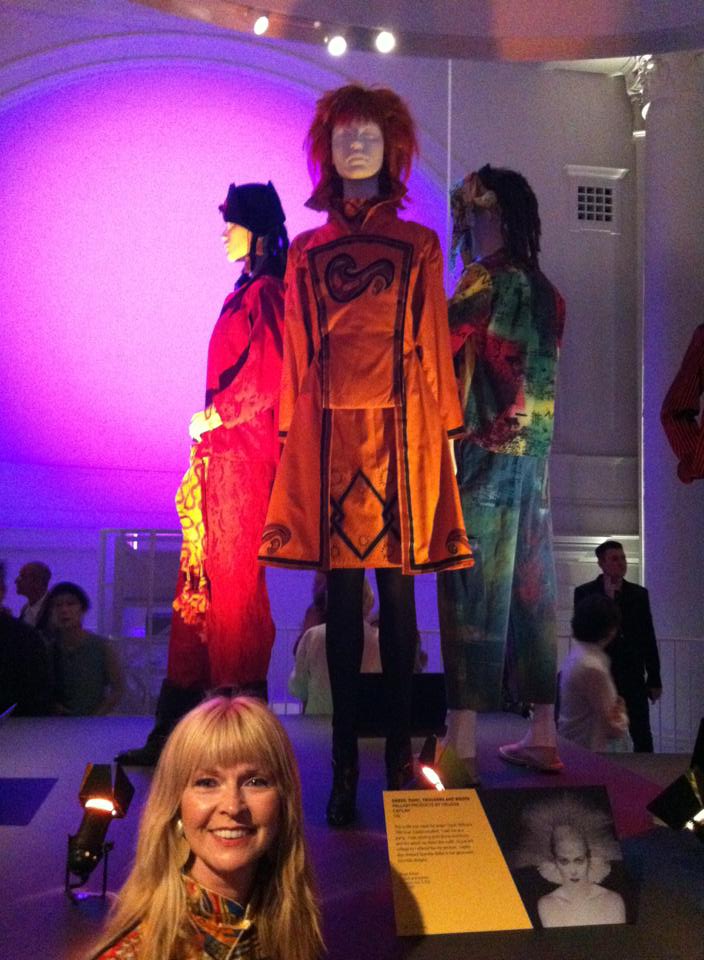 The recently opened V&A exhibition Club To Catwalk features an in-depth look through the fashions, looks and iconic styles of the 1980 and includes a 1981 outfit designed by Melissa Kaplan for Toyah.

Toyah will join a panel including Caryn Franklin and Brix Start-Smith at the Victoria & Albert Museum in London on Friday 8 November in an exclusive in-conversation event, designed by women for women. Join Caryn, Toyah and Brix as they bring their thoughts, ideas, experiences and memories to a discussion on women who developed, fused and influenced fashion and music in 1980s London.

An exclusive look at some of Toyah’s 80s performance costumes will also be part of the evening.  The event takes place at 18.30 on Friday 8 November and tickets can now be booked online

Through more than 85 outfits, Club to Catwalk: London Fashion in the 1980s showcases the bold and exciting new looks by the most experimental young designers of the decade, including Betty Jackson, Katharine Hamnett, Wendy Dagworthy and John Galliano.

The exhibition traces the emerging theatricality in British fashion as the capital’s vibrant and eclectic club scene influenced a new generation of designers. Also celebrating iconic styles such as New Romantic and High Camp, and featuring outfits worn by Adam Ant and Leigh Bowery, the exhibition explores how the creative relationship between catwalk and club wear helped reinvent fashion, as reflected in magazines such as i-D and Blitz and venues including Heaven and Taboo.