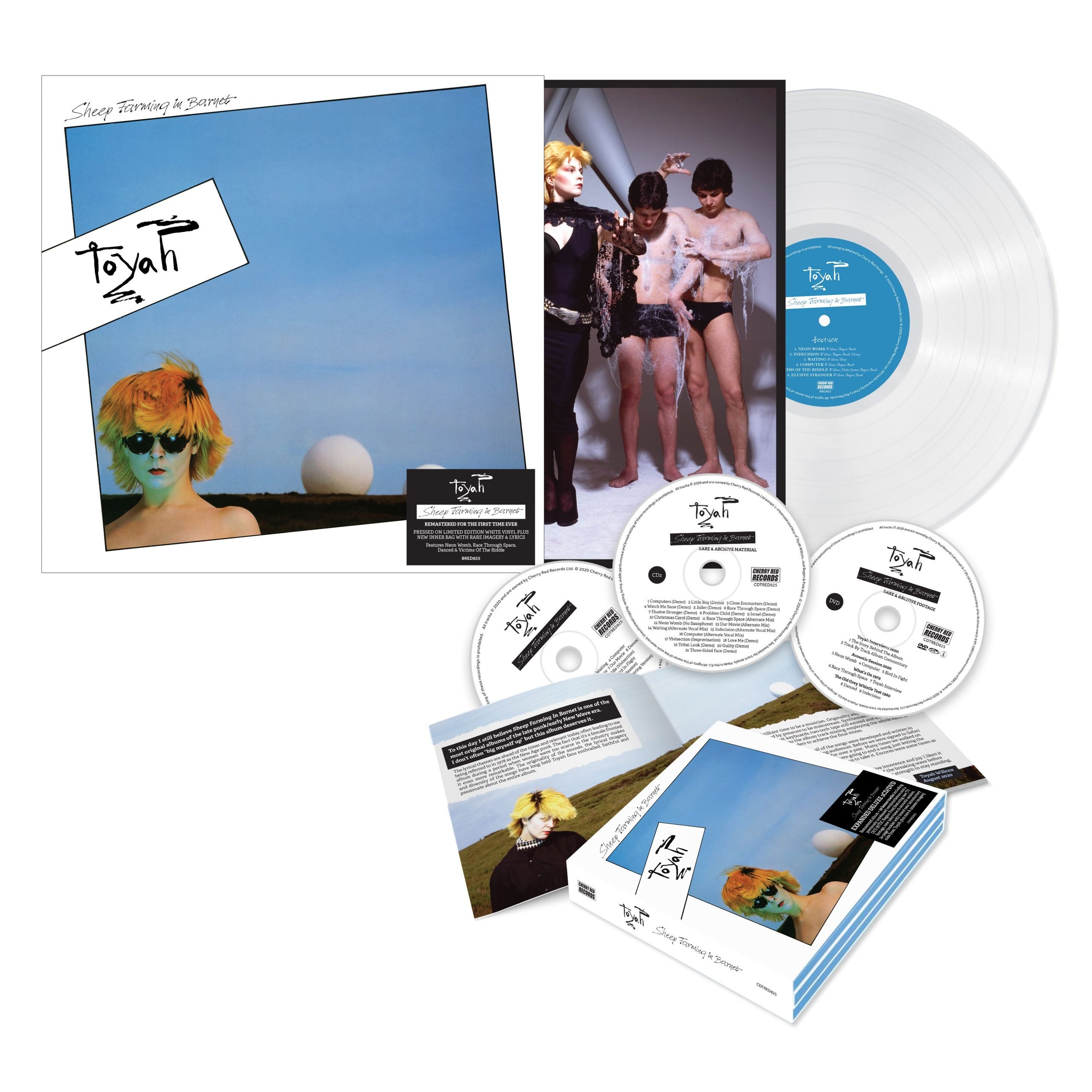 Toyah & Cherry Red Records are delighted the long-awaited newly remastered and expanded release of Toyah’s debut album “Sheep Farming In Barnet” is out on  Friday 11 December. The album is released as a limited edition white vinyl LP and expanded 2CD+DVD package.

The reviews are starting to come in for the release.

Reprobate: read full review
Toyah had one of the most distinctive voices of the era. Her singing is a mix of punk attitude, yelping, classical singing and ethereal, gothic distance that is entirely her own. At points, Sheep Farming in Barnet reminds me of Kate Bush, but not because the two singers sound alike – they are worlds apart, but they both play with similar vocal experiments and both are singers who have really sought to reinvent what music can be. Ironically, Kate Bush was the more conventional artist in 1979, though the roles were quickly reversed. The re-release of the album certainly sets new standards for luxury editions. The main album sees an extra eight tracks – unreleased songs, demos and four performances from the band’s appearance in British detective show Shoestring. Then, there’s a second CD of demos and alternative versions, many of them tracks that are not on the original album. And finally, there’s a DVD with a feature-length interview and track-by-track commentary, new acoustic sessions and vintage footage from Granada’s What’s On and The Old Grey Whistle Test – impressively arch and aggressive live performances

Goldmine: read full review
It’s a gloriously compiled and annotated package, a mass of memories and fresh discoveries, and hopefully the herald to a full scale Toyah reissue package. Because we haven’t even got to the hit singles yet.

Midlands Rocks: read full review
A cornerstone of its era (alongside Dirk Wears White Søx and The Scream) Sheep Farming In Barnet never really got its deserved critical acclaim. That all seems set to change with this set, lovingly produced by Cherry Red, that demands some long overdue respect and reappraisal.

BigTakeover: read full review
This really is a stunning bang for the buck. Most releases such as this contain demos which are disposable, those one-listen and forget affairs. And gladly this does not fall into that category. The second disc opens with “Computers”, the early synth driving what is an almost fully realized track. Even at this stage the vocals of Toyah are as steadfast as on the album, her unique vocal lines are something that is one part Kate Bush, one part menacing angel. It is the full immersive experience. For fans, it is a moment of excellence that displays how Toyah Wilcox and the band were operating and evolving at that moment in time.