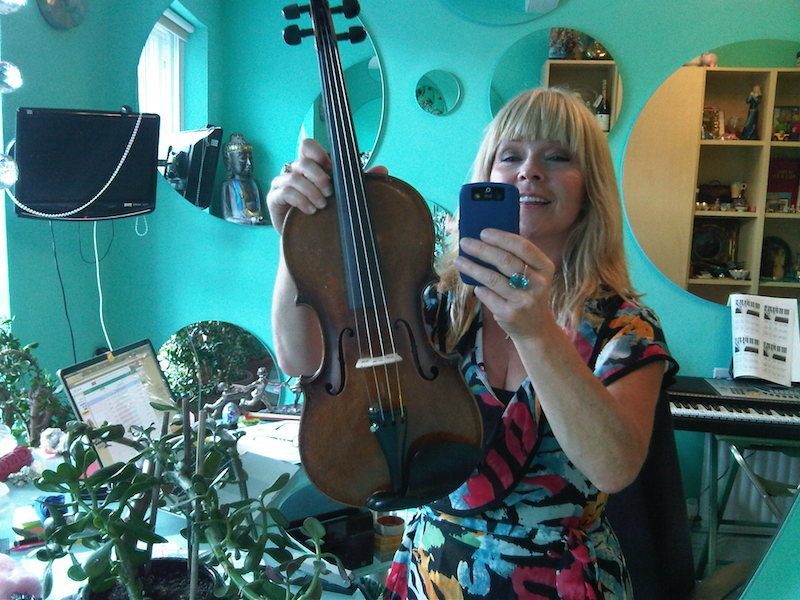 Hello and how are you?

My life has become ever so slightly calmer.

With August here most of my agents and management go on holiday which usually means I get a chance to read/ write/ study…….. until they get bored on the beach and start e-mailing me again.

Whereas all of June I was in “ mercury in retrograde hell”, this last month has been a lot smoother but with the odd bump along the way.

Yesterday my hubby informed me cameras had been installed in our garden which record permanently. I thought nothing of this, we need the cameras as most nights some local kids come over the garden wall to look around but then I realise just how many times I go outside in nothing but my birthday suit, sometimes just pants, sometimes pants and bra……….bending over weeding, scratching buttcheek, picking my nose, eating fruit straight of the tree and spitting stones out…….OMG! So the memory discs have been wiped!  Now I am much more “well behaved” in my own garden! (hubby still pees in the flower pots though.)

This has been a wonderful year with all the live shows. Especially the acoustic show which is so much fun……. no drums making my ears bleed….that said the festivals have been great. All the shows in the past four weeks have been heavenly ……. Rotherham Stadium, Birmingham Symphony Hall, Victoria Hall Settle and New Quay all utterly wonderful.

But finding unadulterated time to write/study is proving testing. I am studying piano/ violin / guitar, which requires routine and discipline. This is a concerted effort to keep my brain tuned and my body responsive.

I made a decision last month to stop watching any TV that didn’t nourish my soul other than the news channels. Already my life is richer. I am convinced we are all being controlled like “test animals” by the constant barrage of banality from divisive advertising to mind numbingly boring repetitive themes of crisis and denial in drama and reality TV……. where’s the depiction of the inspirational lives we all lead?

Because August can be relatively quiet in contrast to the rest of the year (September will become a marathon, with bookings for 2015) I have set my days like a college schedule……. one hour per subject……to see if I can follow a strict routine and improve my learning ability…. it goes like this:

It may look nuts and it certainly looks repetitive but my day completely disappears just sitting in my office at the computer and I don’t even interact with social media. If I did that too my night would evaporate along with the day.

My ONE HOUR theory is that “to address a learning desire we need to add it as a discipline into our lives so the brain knows you intend to use it!)

Often I am asked if I have regrets. This is one of my most loathed questions in the world because basically journalists are asking you to not only define yourself by regrets but also to go down in living memory as a person of regrets which to me is a pile of bollocks. But I will admit I do feel regret that I didn’t learn an instrument when I was a child, because I am constantly frustrated that I cannot play anything. Chris Wong (my guitarist and MD) has expressed he’d prefer me not to know too much about the rules of music because I come out with extraordinary ideas that haven’t been cancelled out by too much knowledge of the rulebooks but all the same I have a strong desire to delve into the mystery of music. So for August I am testing my discipline to see if I can stick to learning whilst the telephone is quiet.

One rare event that takes a lot of time up is if a promoter decides to re-schedule a concert. We try under all circumstances to not let this happen within 6 months of a show date. All shows are booked almost a year ahead of time.

I, as the named artist take all liability for my musicians income in the event of a show not happening which is incentive not to allow promoters to do this. So this year we have had one show that needed re-scheduling. (this is lucky in some ways as sometimes it can be more).

I totally understand how bad this is for any ticket buyers. Craig Astley, myself and RAM Management run around like headless chickens trying to calm and solve everyone’s needs but I do need to express that when a promoter does this they almost never take into account the effect on the musicians and the audience, leaving the prevailing shitstorm for the artist to sort out.

So with York on the 24th July, a few days before the show, the promoter decided to re-schedule which left me needing to pay full performance fees to the musicians, Craig Astley chasing the audience and trying to inform ticket buyers (Craig doesn’t work for free, so all web promotion, all secretarial work has been paid for) and my management trying to organise refunds that really the promoter should be dealing with as myself and the venue wanted the show to happen. All I can say is thank god these events are rare, ………apart from being a few thousand down in costs what really irked me about this, as well as letting my audience down, is I lost a weeks creative time just sorting it out.

So apologies to all effected by this……we are onto it and it will be sorted!

Recently I was shopping for a new make up bag (I get through these quite quickly) when I came across a bag with a picture of my mother, when she was 18, on it.

I was in total shock. My mother was a professional dancer from the age of 12 till she was 19. The photo of her was taken in Weston Super Mare where she was appearing in a show with Max Wall the comedian. Mum’s face has been photoshopped onto a collage of other girls. I suppose the original photo is now out of copyright. But it has made me think I don’t want this happening to my image in 70 years time, I need to look at controls on this after my death!

If you follow me on twitter you will have seen I had an accident at home, which put me in A&E. I am totally OK now but the timing of the accident was close to comedy in its unveiling. My home is very old, parts of it are over 500 yrs old and the piping close to 100 years old. Well I was in my hubby’s shower room, a room I rarely go in….. it is a boys room when part of the piping collapsed on me, bringing down about 2 or 3 kilos of solid iron on my right arm and crushing it….it hurt! AND I was in the process of leaving the house to buy a violin! The metal crushed my bow arm. Bloody typical!  So off to A&E where it appears the bone is bruised but no brake.

Right……time to put the ONE HOUR theory to the test…………
BE PROUD, BE LOUD, BE HEARD