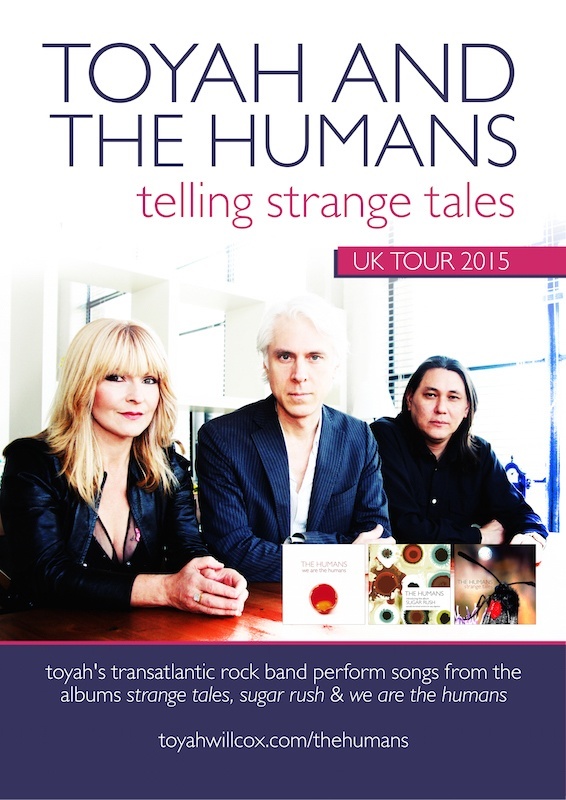 THE HUMANS TOUR is getting closer and I am overflowing with excitement and anticipation.

The USA last April was one of the best set of shows we have ever done and I know we are going to blow people away in the UK too.

In March we will start teasing you with the set list!

My year started in Seattle. Robert and I were over there to start new projects with Bill Rieflin whom we professional share now that he is in THE HUMANS  and KING CRIMSON.

We did something the three of us have never done before and that was sit in one studio……myself writing on the computer and keyboard for THE HUMANS 4 and Bill and Robert working on CRIMSON rhythms, we had a little creative factory going.

I managed to pen 5 new ideas for HUMANS 4.

We also had time to play. On the first Sunday in January Bill treated us to the Seattle Symphony, a matinee concert, but when we arrived we were half an hour late because Bill hadn’t looked at the time on the tickets. The usher at the symphony hall took our tickets and said “don’t worry the first ten minutes isn’t that exciting”, what we saw we loved!

Bill also took us over to his family’s log cabin, across the Puget Sound and I decided THE HUMANS have to make our next album there.

Talking of Seattle yesterday I saw the trailer to 50 SHADES OF GREY and I burst out laughing in the cinema because it appears to have been partly shot in an apartment I have been trying to buy in Seattle for the past two years!

Boy our house is active at present, well for the last two months it has been like living on the set of PARANORMAL. December was OK, just few knocks and bangs, a few things disappearing but January has been exceptional.

Nobody believes it until they have BEEN here, especially if they have ever slept here.

Our friends and neighbours are all cool about it because the whole town has a reputation for hauntings. So when friends come for supper some one in passing will ask “who’s the women at the window?” and we nonchalantly turn and say “oh someone from the 1500’s.”

Bill Rieflin last year (Bill lives with us when he’s in England and has his own room in the house) was constantly kept awake because he believed WillyFred the wonder bun was outside his bedroom door digging at the carpet……that was the ghost of the last owners dog!

When the house gets this active I know something major is going on. Usually a natural catastrophe or death of a major person is about to happen. Presently the house is alive with loud bangs, doors slamming, running footsteps, items moving.

Amid all this we watch WillyFred. He can see what we cannot, like cats do. He is constantly engaged with something we just cannot see. In a way this is reassuring because I’d rather have a spectre in the house than an unknown living human being. WillyFred feels the same way too, he only runs away from Humans he doesn’t know, as for ghosts, he stays and plays.

This leads me on to technology. Nothing in the house is working as it should in the manual. All mobile phones die in the house, computers slow, which means my mini-film making, whatsApp films, even tweets have to happen when I am away. This is because once I am over the town borderline everything works normally again.

One story that explains this a little is a few years ago the actress Rula Lenska was visiting and her car died on the edge of town. So she got out and walked to my door all the time fearing something she could sense, she could sense screaming children, this is something I have never experienced but it has led to Rula not wanting to visit again in a hurry.

It has made interesting explaining to BT BROADBAND.

“our technology dies in this house. All batteries drain including those in land line head sets.” But we now have the reassurance that many workman and technicians don’t want to be in the house alone…..so we know we are not imagining it.

One day the technology will be invented that can capture what is going on and when that happens the whole town will have a story to tell.

In the last two months I have accidentally fallen into a massive health kick. It started with my successfully making myself feel revulsion at the thought of chocolate. This hasn’t lasted forever, thoughts of sweets and puddings are creeping back around 4pm every afternoon and I fight it. That said I have managed to kick my habit of eating chocolate everyday. I allow myself a treat a week, but I have to be really careful because sugar is as powerful as the hard stuff and I really don’t want to revert back to those eating habits that made me so lethargic I thought “this is it, this is old age making me so tired and mentally dulled.” When in fact it was as simple as my eating habits.

Two weeks ago I read Jason Vale’s bestseller SUPER JUICE ME, after Kate Way recommended it, as it has revolutionised her life. Kate cannot eat solids and needs to find maximum nutrition from liquids.

So I read the book. I agreed with the dietary requirements. Totally believe in eating RAW fruit and veg BUT there is no way I can live off just juices. I need to masticate (that’s chew for those of you who think I’ve just added a sexual act into the equation) Chewing for me is the same as breathing. I get through 4 packs of chewing gum a day…..I NEED TO CHEW! 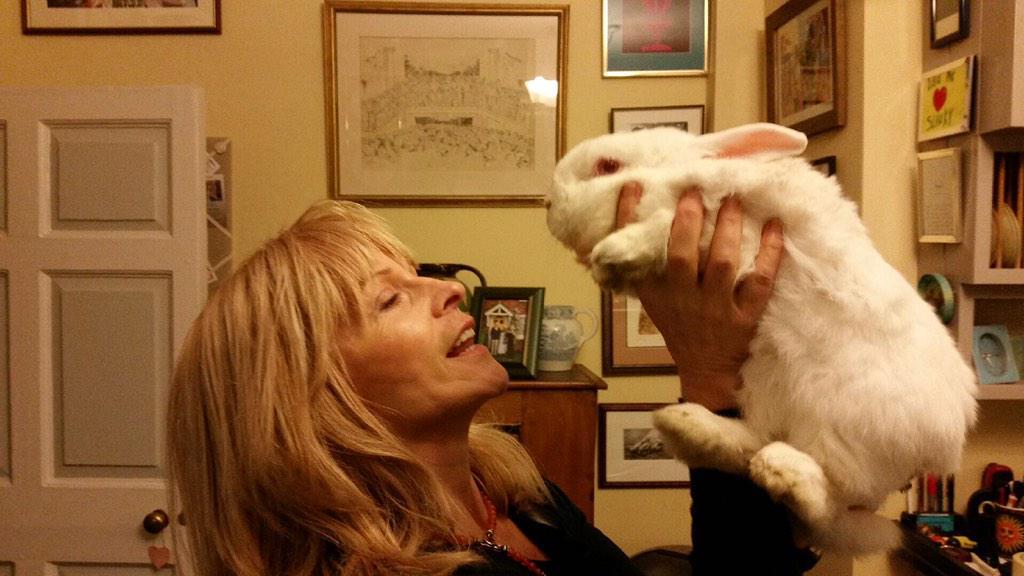 So I thought, “Wait a minute. Why not take all the juice ingredients and just eat them whole and raw!”
So I did. And its great. Robert is doing it too.

I have so much energy, my brain is great, I can think, I can remember peoples names (oh yes a big bug bear of mine, never remember names nor faces) I can add and subtract and what’s more I’ve got a will to fight for the things I believe in and the ability to argue my corner, having in the past been made an intellectual numb head from too much sugar and white flour.

So this leads me to the conclusion that process foods not only kill your body they kill your freedom of thought too.

Steve Oram has just been in touch to say he is super chuffed with the film AHHHHHH. He says it is excellent and works incredibly well. The screenings start for the industry this month. so there should be news on this front very soon.

I have to say I have been hooked into Big Brother in recent weeks. Without knowing Perez’s celebrity “knocking” from the past I took him at face value and found he wears his personality on his sleeve therefore I quite liked him and his madness. Whereas Katie Hopkins so reminds me of the “snobby middle class girls at school” who ridiculed and bullied and shamed me through my kindergarten years I find myself wanting to smash the TV most nights.

Anyway I am off to eat a raw carrot and learn a new arrangement for COME from CRIMSON QUEEN as we are adding it to the acoustic set.
From now on I get really busy with shows until November, so I hope you manage to see one or two.

We also have a new t-shirt for 2015 for sale on the tour with the very first original TOYAH logo + all 2015 dates on it! 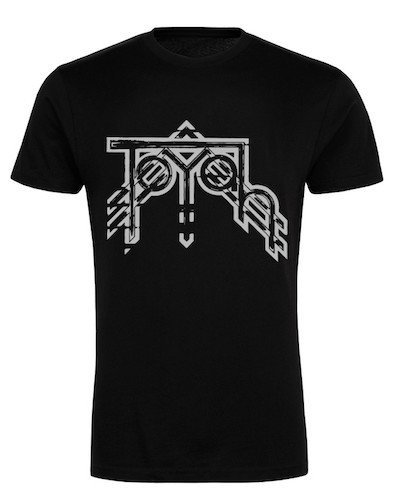 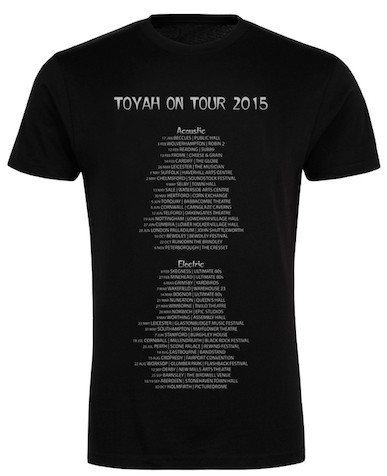