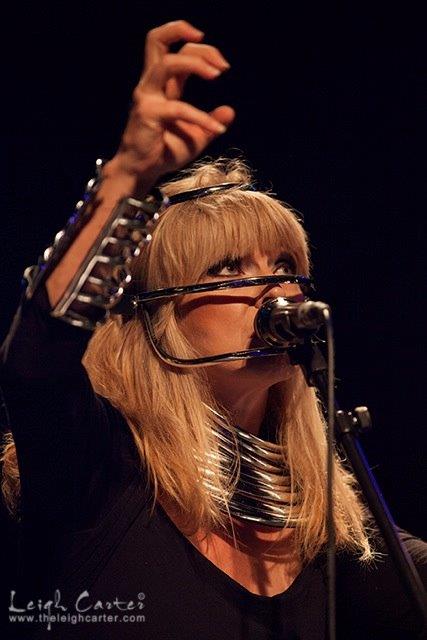 Thank you to everyone who has supported the LOVE IS THE LAW TOUR. It has been a resounding success. The overall consensus being that the set list has been the best ever.

This weekend we announce the dates so far for 2014. As you will see the TOYAH band are working all year round, more shows are going in daily and a fun lot of festivals too!

The 2014 twelve month ;0) tour will consist of LOVE IS THE LAW material alongside CRIMSON QUEEN, a marriage of the two albums plus all the TOYAH hits. We are also adding some acoustic shows, which will be announced soon.

Personally I have loved this year’s tour, the songs have been fantastic to revisit. Broken Diamonds, The Vow, Be Proud Be Loud Be Heard, Love Is The Law and Dreamscape have felt fresh and inspiring to sing.  Mr. Wong says he found it unsettling to start the show with Love Is The Law but I always like to go head first into a new adventure and it’s great opening a show with a song that isn’t a predictable show opener.

The audiences on this tour have been very interesting, very different. I had no idea that LITL has such a diverse audience, especially BE PROUD BE LOUD BE HEARD getting a huge reaction every time we play it. It is as if LITL has brought a new dimension into the shows through the audience. Looking out and seeing a more Goth crowd.

One of the reasons we have kept the shows spread out is I have to be able to sing a good octave higher than normal. To give THE VOW and DREAMSCAPE full vocal justice these songs need a well rested voice, so by spacing the shows I have been able to move my vocal range right back to the range I had in the 1980’s…………unbelievably high! I even have to change my posture to hit some of those phrases………no slouching on this tour!

I cannot fathom why my life is so bloody busy! It is endless. After Southampton I had a day on a movie and by the Sunday I was ready to drop, having been in Barcelona and Gibraltar during the week but, no rest for the wicked, I had to write the links for a show I am recording for VINTAGE TV.

I cannot wait for that Christmas lull when everyone disappears to party and eat, at least I know I should have two quiet-ish weeks……….. that will be a first this year.

In the meantime I am guesting on THE BLOCKHEADS new video, shooting two shows for Vintage TV, writing alongside Simon Darlow for ROCKCHOIR and starting CRIMSON QUEEN 2, popping over to Seattle to help plan THE HUMANS spring west coast tour and I am training for a major project……………………YIKES!

In between all this fun and kafuffle I have been on hand to look after hubby who has had two successful cataract operations. He now can see clearly for the first time in years. His sight was becoming challenging for all who know him. For example three weeks ago we sent thank you cards out to friends, one to Steven Wilson for sitting us in the family box at the Albert Hall for his concert and another card to a close friend in LA. Robert managed to put the wrong cards in the wrong envelopes, thus confusion all round. But the real challenge was Robert had become so blind he started to introduce me to complete strangers he thought he recognised in public…………no excuses now!

We were both summoned to the vet last week. Little WillyFred, the most adored white rabbit in the world has a persistent and untreatable dental problem. Every month he has to have his teeth filed under anesthetic and this last time the vet noticed he had actually lost a back tooth.  So we were told that the vet isn’t prepared to keep him going, eventually he will need to be put down. This is so distressful, WillyFred is the happiest, fattest most playful little soul, so we are spoiling him rotten knowing he is on borrowed time, he was 6 years old last week.

As I mentioned I was in Barcelona two weeks ago. My flight was due to take off from Heathrow as the super storm struck the south of England. Boy what timing! I had a window of two hours to board the P&O Oceana in the port of Barcelona before it left got Gibraltar or I would be stranded. My flight took off and hour and a half late……..but I made it! Just!

As I arrived at the port I got a text from my friend the comedian Martin Gold, who played my brother in 2000 panto in Stockport………….”are you boarding the Oceana?”  he asked.

“Yes! How do you know?”
“I’m sitting in the bar of the neighbouring ship!”

It is a small world. I was on the Oceana with the HERE AND NOW BAND, doing two shows in the main theatre. I loved it! We had so much fun. But I wish the band told me that the lead guitarist is called Stellios NOT STAVROS! After a three-hour rehearsal and two shows I finally learned I had been calling him the wrong name all day! He took it well. I am an idiot!  Shan was in the band, our old drummer, and he was giggling away every time I said “ Thank you Stavros that was great…………..”.

I hear from Davie Dreamscape, he who does a fantastic job of catching Toyah items I haven’t seen or even heard of on the Dreamscape website, is creating a TOYAH FANZINE, in the true tradition of informative fanzines.  He has interviewed Steve Bray who drummed on Blue Meaning. Davie has also interviewed `Chris Limb who ran the fan club / Tellurian. You can get your copy from….http://www.toyah.net/fanzine.html

My costumes went with me for my discussion at THE V&A on 1980s style trends. It has been thrilling to be involved in this exhibition. I wish my parents had lived to see this! It was an excellent evening with Caryn Franklin and Karen Binns.

This tour has included all my favourite venues, perfect. I thank everyone who has made it happen ……..FLAG PROMOTIONS have been fab and I look forward to working with them again, the band have been stunning and the team Paul, Kate, Claire and Craig have been absolute rocks! THANK YOU!