The next two months are going to be amazing!

This month there are three TOYAH AT HOME ANTHEM SPECIALS. There is so much to talk about, so much unearthed new footage and unheard recordings that we made the decision that the whole month should be about this wonderful album. AND about your questions, thank you for sending them in, they have been a lot of fun to explore. 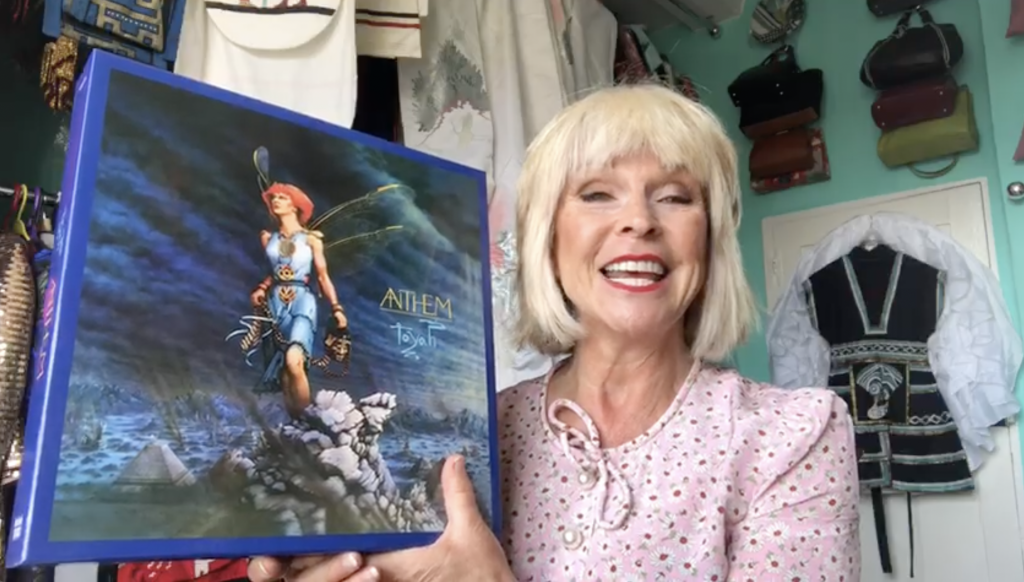 The ANTHEM release is huge. I know so many people who are so excited to have this amazing edition in their hands.

The journey to this very moment has taken 11 years. Craig Astley started compiling this perfect re-package for the 30th anniversary but we had no takers.

I am so proud.

For the live shows over the next two months we are including 9 songs from this re-master.

For those of you who have not seen my new band my guitar players where either not born or one year old when this album hit the charts.

So when they heard the album for the first time their reaction was golden. Manolo said he couldn’t wait to play it, saying MARIONETTE was mega and dear Nat, such a gentle soul, said he was incredibly excited to get to work on it. The tour kicks off in Norwich on Friday 16 September…. full dates here.

Not only do we have the ANTHEM tour but we also have the sheer thrill of the Billy Idol – Roadside Arena Tour. Add to that the invite for me to be in a short movie called WEIGHTLESS written by Louise Monaghan and to be directed by Lois Norman. It’s already been awarded Short Screenplay Winner at the London Independent Story Prize 2021. The film requires me to be able to cope with low body temperatures for the shoot, its going to be an exhilarating time. I will be in the sea off the Isle Of Wight for a short while and have had to train to cope with the potential of my body going into shock.

So I have been training every other day in wild water areas, getting my body temperature right down for about 45mins to one hour before I start to give up……. wild swimming in lakes and off the South Wales coast….. I am addicted!

I am actually craving to get back in the water every morning.

The very first time I visited the lake with my trainer Dave Granger, as I entered the water something nibbled my legs and fingers and startled me.

When I looked down I was surrounded by hundreds of Trout! All about 4inches in size and they where nibbling my fingers!

Dave said he had never seen anything like it in all his time at this lake then I realised that before I came out I had fed my Koi Carp and hadn’t washed my hands because I was in a hurry……the lake trout followed me in large numbers as I swam my first laps.

Getting into the cold water is quite frankly HELL.

It’s never easy. But I discovered an endurance and strength I never knew I had. Dave has swam the English Channel seven times, sometime the entire channel, sometimes in relay teams……..there is no way I would even entertain the thought of that. I’d give up as soon as I saw a container ship coming towards me.

So far though I have surpassed my own expectations.

On my first day I swam about 40 metres with my confidence slowly building, It’s the cold that frieghtens me, on the second day I swam 400 metres and on the third day I swam 600 metres.

Now I am sea swimming…..but I will NEVER ATTEMPT THE CHANNEL!

The other day an elderly couple walked into our local with a dog that came up to their shoulders. The dog was calm but knew it was King of all it surveyed. It had silver eyes, wolfs eyes. I burst out laughing and said to Fripp “That’s a wolf!”

As we got up to leave I managed to sneak a closer look at the beast that was now lying at its owners feet with an entire room of awed humans looking at it and I can confirm it was a wolf. The owners denied it. About ten years ago I opened an “Alternate Therapy Festival” and I was put in an enclosure with two wolves so I have a fair idea of how they behave and react and this HUGE animal was surveying us in exactly the same way. Since when have wolves been able to walk amongst us? 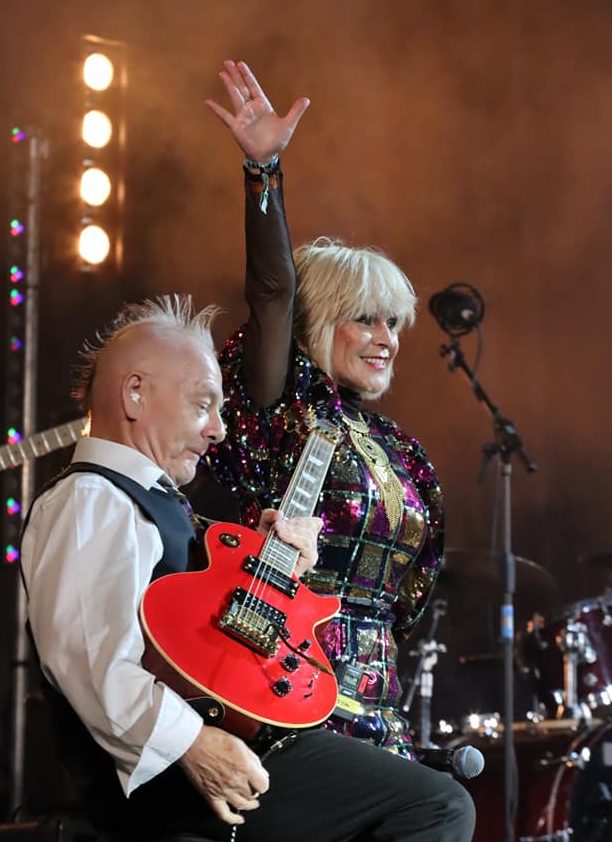 As the summer fades and autumn arrives it is quite strange to be booking shows for 2023 and 2024. TOYAH AND ROBERT are bringing our start date three months earlier to include next year’s festivals and we already have a lot booked.

Soon we will announce full details of the TOYAH AND ROBERT SUNDAY LUNCH CONCERT TOUR for October 2023.

In the meantime the Cherry Red release schedule for the Safari catalogue is going strong. There’s more news to come in 2022.

Something that has not been in my life for a couple of years has returned and that’s motivational speaking.

The last three years have moved at epic speed and re-invention is on everyone’s mind. The next six or so years are going to be very interesting indeed.

OH and PS…… enjoy Chesney Hawkes in the kitchen with Robert and I for Sunday from the 18th Sept till the 9th Oct.
It’s hilarious, he is such a star.

I HOPE TO SEE YOU IN AN AUDIENCE SOON FOR THE ANTHEM AND BILLY IDOL TOUR.